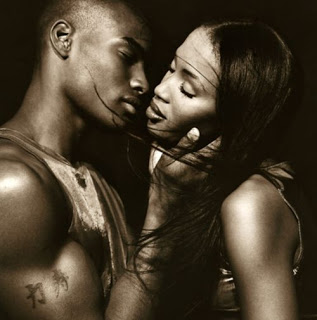 ‘Why didn’t you come last night as you said?’ Sammy asked Ejike.

‘I had other things to do.’

‘How long did you wait?’ Ejike said instead.

Sammy hated this question. Also his carefree tone. And she was also beginning to hate now this strange, masculine scent he gave off into the air, something that smelled like clean sweat mixed with whatever brand of deodorant he used. Something she found a part of herself helplessly admiring.

‘Shouldn’t I be?’ Ejike returned.

Sammy looked away now, saying nothing.

‘Why are you here?’ Ejike asked. ‘Why have you come?’ The huskiness of his voice seemed to be in tune with the darkness. As if when he talked, other things remained calm. The chirping of night insects stopped, birds paused on their songs.

‘Why keep asking me that?’ she asked him.

‘Can you move back a little please?’ she said.

Ejike made a face. ‘Why not you move?’

Ejike stared at her. He leaned in, meaning to kiss her.

Sammy stepped back, dodging his kiss.

Ejike nearly smiled. He scratched at his nose, and then at a side of his leg. ‘I should be going back inside,’ he said.

‘Okay.’ Sammy’s ‘okay’ fell out with mechanical suddenness. Her hatred for this night, for him shot up.

Who does this village rat think he is to play with her senses?

She glanced up at the moon above and then brought her eyes back down. Her nipples became hard.

‘You have an erection,’ Sammy said.

Ejike looked down on himself. ‘I know.’

‘So what are you going to do about it?’

‘I’m a lady,’ Sammy said, surprise-tinged amusement beneath the words.

Sammy stifled an urge to smile. ‘You can go. Please.’

‘Actually I feel like staying now,’ Ejike said. He glanced down again at the big bulge showing from his dark-blue Nike shorts. He sort of pointed. ‘I want you to take care of this. For me.’

He took her hand, drew her further into the cassava bush and slipped his lips into hers.

He seemed experienced, the way his other free hand slid down the arm of her gown, freeing her breasts to the gentle coolness of the night.

Sammy battled to remain calm under his control. Her toes unconsciously dug into the soil.

He left her lips now and took over her breasts, sucking one nipple after the other as though they were sugar-coated nuts.

Sammy gripped him firm, shielded in his broad frame.

A sudden vibration flowed round Sammy as he stirred her.

A while passed and Ejike stopped. He pulled down his shorts and set free his organ, straight, stiff and heavy.

‘Bend down,’ he muttered into her ear.

‘Bend.’ Before she could protest any further, he drew her down so that she now knelt before him. With the same sense of calm command, he pushed himself into her mouth.

Sammy hated the control that he exuded, but not enough to resist obeying him. She stopped at his tip though; she would not let him think that she actually was enjoying the act. Or that she is previously experienced in this kind of job.

Without warning, Ejike pushed his entire length deeper into her mouth, so that she felt him all the way to the root of her tongue.

Sammy stopped and pulled immediately away from him. She rose, coming to him with her own style of control.

She took his shirt up, flicked her tongue on each of his nipples, sucked them a bit and then made him lower to the grass.

And she came on top of him, and presented him with her own demands.

‘How true are your dreams?’ Onyemaechi asked Jideobi. ‘How do you know they would come to pass?’

‘They are not dreams, Papa.’

‘Then what are they? What do you see in the night and come out to tell in the morning, what?’

‘And do they always come true?’

‘What can I do? Tell me. Is there a price? Should I give more yams to the church? Or give money to the priest, tell me. Perhaps there is a special sacrifice?’

‘Papa, why are you sounding afraid?’ the boy asked. ‘I thought you never believed in my stories before?’

‘Why see these visions if you don’t know how to prevent them? Who shows them to you anyway? Who?’

Onyemaechi sniffled. ‘I fear no man or god, but death? I do not know how to deal with it.’

‘You shouldn’t be afraid of death.’

‘Because it is every man’s fate. To die.’

‘What? Do you know what comes after death? Have you seen it too?’

‘Then you should be afraid.’

‘No, Papa. But I know that whatever that comes after death should be kind to the kind.’

‘And what of the cruel? What awaits them?’

‘The same thing they’d sowed. That’s the way it works, you should know.’

‘It is in your mind already. You know what to do.’

‘First, go to those you’ve wronged and make peace. Then purge your mind of all traces of evil.’

Onyemaechi stared on, still and silent.

‘Please tell death to wait. Tell it to give me more time.’

‘But that boy, your cousin, he is well. Your mother confirmed.’

‘Perhaps his case is different and it was only just a dream.’ The bang of the door caused Onyemaechi to blink.

***
Quarter of a Blue Moon by Daniel Nkado

‘Will we see again?’ Sammy asked Ejike. She slapped at her gown, to remove dirt.

Ejike looked at her. ‘What?’

‘You just came for the sex?’

‘You have a girl you want to marry already, right?’

‘What makes you think I’m interested in marriage?’ Ejike asked.

‘What? You won’t get married?’

‘Why in the world should I?’

‘But your cousin is. You said you are older.’

‘We just had sex, what if I got pregnant?’

‘What if it had broken?’

‘Well, if you get pregnant, that should be your problem and not mine.’

Ejike stepped a little closer to her. ‘I know now who you are.’

‘You are just a city girl looking for who to tie down with pregnancy, like your friend did my cousin. But that will not work on me. I have no plans of fathering a child, so to be extra careful I’d advise you if you have that drug you girls take rush home now and take it because if you come to me with your stories, I will not talk to you. Good night.’

Sammy fought back—very hard—the great urge to go after him, clapping and screaming, booing him like all those women she once felt were stupid, asking him what he thought of himself as.

She’d tell him how she once had a man who loved her too much he always listened when she talked, who always obeyed.

How she was never always like this. How she once felt on top before.

A time she had a job. A man. Happiness.

But she would not go as far as letting him know how she had ruined it all by wanting more.

How she had been deceived by the uncertain promises of more.

Uzoma picked an old plastic tray near her legs and fanned the fire. She opened the pot, looked inside and hissed.

‘Bia, Jideobi,’ she called, ‘check if there is still kerosene in the stove. I am tired of this fire.’

‘Take the container and go to Mama Chibuzo and collect some.’

Uzoma turned to the boy with a shocked face. ‘Ishi?’

‘I will not go. It’s already late. Moreover, the last one we collected we have not returned.’

‘I will just carry this pot down and we will all go to bed on an empty stomach. Or better still you can spoon some palm oil into a plate and eat the fufu you pounded with it.’

‘You are always borrowing things from them, yet you don’t bother to return any,’ Jideobi said.

Uzoma picked one of the burning wood and the boy ran off into the night.

The gate creaked open and Ejike came through.

Uzoma’s loud hiss broke the calm night into two. ‘Ozodimgba! I don’t blame you. I blame my god for refusing me a girl child.’ She shrugged. ‘Boys are as useless as fart! Cook food, mba. Bring money, kwikwi!’

‘Why didn’t you meet with Mr Frederick again today?’ Samson asked his wife.

‘Why should I meet him?’ Rita said, going on at her meal normally.

Samson returned his spoon of rice back to the plate. ‘He will be at your office,’ he said, voice balefully deepening, ‘at exactly 10 tomorrow morning. Do not fail to see him this time.’

‘I am not seeing anybody.’

‘I will see who I want to see and I have said I won’t see your Mr Frederick, whatever you call him.’

Rita was turning back to her food when the spoon flew past her, barely missing her left eye to hit the wall behind her.

As she stared at Samson now, Rita appeared rather calm, if not amused. The cool stare of a woman who has finally seen the motivation she so sought for her plan.