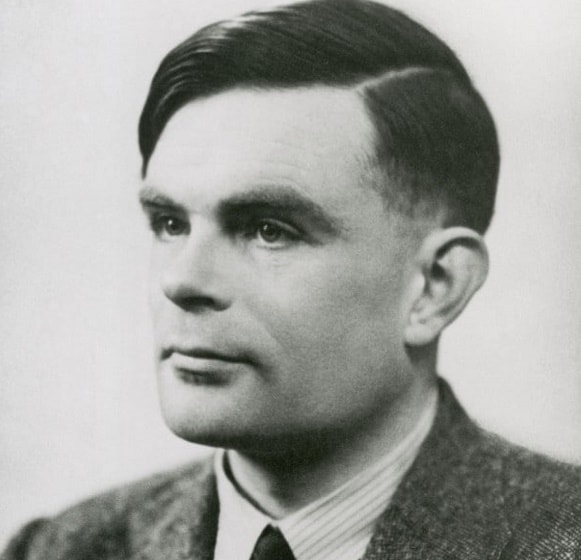 Alan Turing was one of the greatest minds of the 20th century.

He laid the theoretical foundations for computer science, and his code-breaking efforts during World War II greatly aided the Allies’s effort to defeat Adolf Hitler.

There was no subject called computer science when Turing began his work in the 1930s, so he set to work laying its foundations.

He first described what came to be called the Turing Machine in a famous 1936 paper. The Turing Machine consisted of a paper tape with characters written on it and a “head” that could read and alter the tape, one character at a time.

Turing took this idea and imagined the possibility of multiple Turing machines, each corresponding to a different method or algorithm.

Each algorithm would be written out as a set of instructions in a standard form, and the actual interpretation work would be considered a mechanical process. Thus, each particular Turing machine embodied the algorithm, and a universal Turing machine could do all possible tasks.

Essentially, through this theorizing, Turing created the computer: a single machine that can be turned to any well-defined task by being supplied with an algorithm, or a program.

Turing was an atheist — he let go of his religion as a teenager, when a close friend died of tuberculosis and he decided materialism made more sense than religion — and he devoted years of his life to his country, and to halting the spread of fascism.

But Turing, a gay and irreligious man, had the misfortune to live in an intolerant era.

As a gay man, Turing was particularly unlucky.

The point in about 1948 when he decided to have a more positive gay life was just the point when there was a change from silence to active persecution of homosexuality.

In 1952, he was prosecuted for “gross indecency” for having a sexual relationship with another man. He lost his security clearance and was forced to take hormone treatments.

When police discovered his sexual relationship with a young man, he was arrested and came to trial in 1952.

Turing never denied or defended his actions, instead asserting that there was nothing wrong with what he did. The courts disagreed, and Turing was convicted of gross indecency. In order to avoid prison, Turing had to agree to undergo a series of hormone injections.

The punishment for homosexuality at that time was chemical castration, a series of hormone injections that left Turing impotent.

It also caused gynecomastia, giving him breasts. But Turing refused to let the treatment sway him from his work, and always kept up his lively spirit.

“He dealt with it with as much humor and defiance as you could muster,” said Andrew Hodges, a tutorial fellow in mathematics at Wadham College and author of Turing’s biography: Alan Turing: the enigma.

“To his close friends, it was obvious it was traumatic. But in no way did he just succumb and decline. He really fought back …by insisting on continuing work as if nothing had happened,” Hodges said.

His death was ruled as suicide.

Only recently, the father of computing science finally received a pardon from Queen Elizabeth.

There are now statues of Turing in Sackville Park, Manchester, the University of Surrey campus and Bletchley Park.

But it had taken the British government 61 years to recognize its mistake.

Hopefully, it won’t take them that long to acknowledge that other gay men prosecuted under the same law also suffered an injustice.

And to the entire present-day homophobic coven who lurk behind their computers to type that all gays be killed to finally realize and accept that we are nothing without love!