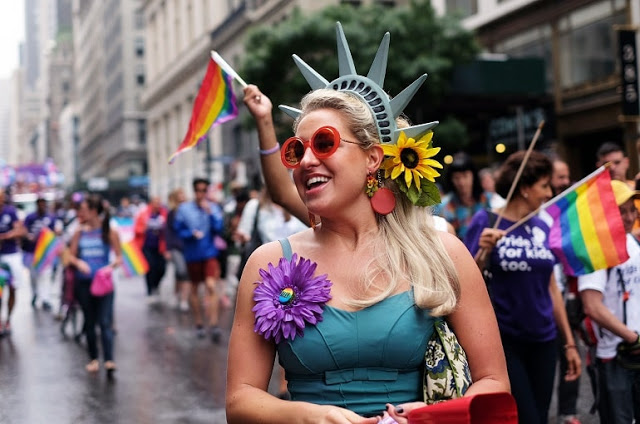 A record number of people came out as gay, lesbian or bisexual last year, with the figure hitting one million for the first time on record, new statistics reveal.

Data released by the Office of National Statistics (ONS) shows that the number of people stating their sexual identity to be either “gay or lesbian” or “bisexual” stood at approximately 1,026,000 in 2016 — up 11.4 per cent on the previous year, the largest increase since ONS records began.

People aged 16 to 24 were most likely to identify as lesbian, gay or bisexual than any other age group, with 4.1 per cent of young people fitting into these categories – amounting to nearly one in 20 young people in the UK.

Campaigners said that while the figures suggested people were becoming more comfortable with reporting their sexuality in a survey, it was important to note that they may struggle to open up about their identity with friends, family or colleagues.

Figures, based on social survey data from the Annual Population Survey (APS), which collects information on self perceived sexual identity from people aged 16 and over in the UK, shows that considerably more males than females identified themselves as gay last year, the figure standing at 1.7 per cent of males and 0.7 per cent for females.

Conversely, women were more likely to identify themselves as bisexual, at 0.9 per cent, compared with just 0.6 per cent of males.

One young woman who has come out in the past year said telling people in her own age group – 16 to 24 – about her sexuality was easier than telling older people, particularly family members.

Molly, who only wanted to provide her first name, said it took her three years to come out as gay.

She told The Independent: “It was a lot easier to come out among my friends. Most people my age didn’t mind at all and were really accepting.

“My parents and my family were definitely a lot less easy, and if anything were upset and disappointed by it. A lot of older family friends were okay with it, but I think when it’s your family, they have certain expectations for you.

The woman added that although things have progressed, it is still a challenge to come out, but said the growing representation of LGBT figures in the media and in public life would mean younger generations were finding it increasingly easier.

“It took me three years to come out. I would’ve answered in that survey two or three years ago that I was gay, and none of my friends of family would’ve known,” she said.

“I do have faith that the younger generations are becoming even more comfortable with those labels. Representation is really important – and as more and more celebrities and public figures come out as bisexual and gay, there is less pressure to fit into a certain stereotype.”

The ONS data shows that older age groups were less likely to identify as lesbian, gay or bisexual, with only 0.7 per cent of those aged 65 and over doing so, compared to 2.9 per cent among 25- to 34-year-olds.

London has the highest percentage of the population who identify as lesbian, gay or bisexual, with around 2.7 per cent of the capital’s population identifying themselves as such — the highest proportion of any English region.