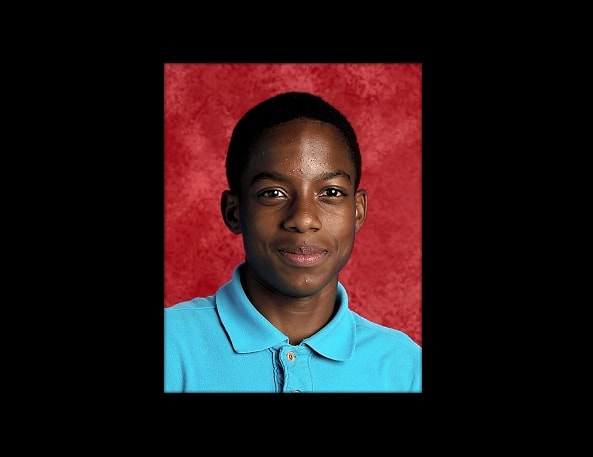 On he ran, looking behind his shoulders at every interval.

Tuff! Tuff! Tuff!—he galloped, not minding the mucky state of the road. His long, skinny legs kept digging into the puddle, splashing mud in every direction.

His panting and groaning filled the air; his torn, sweat-soaked, saffron school uniform dancing to the breeze.

On he scurried, like a rat that has just escaped a mousetrap by a whisker.

And yes! He has just scaled the walls of danger.

Tolu, Isaac and Emma had cornered him at the base of the guava tree. They’d started raining salvos on him before he managed to make off when the triad heard the voice of Mr. Azzan and relaxed their firm grip of his shirt.

He struggled free and raced away, but they followed him in hot pursuit the same instant.

They’ve been preying on him this way since they were in JSS1.

First, for being that scrawny figure that always answered all the questions in class.

And now, for accepting Aduke’s plea to walk her home, which he’d done, as one of his tormentors noted, “smiling and enjoying himself”.

A sin that is punishable by a deluge of punches to his gaunt body.

“It’s only natural, Steven,” his workaholic mother will often say to him whenever he narrated and showed her the agonizing signs and bruises the bullying trio had left on him.

“Boys brawl from time to time,” Elizabeth would say. “It’s what growing boys are known for. Fight back next time, or they will keep tormenting you!”

But his mother forgot that three against one is hardly a fair ground for contest.

And his never-present father, he wouldn’t even entertain his unusual “weakness for a boy” anymore.

“You are a boy, my friend, stop whining about little confrontations that you get from other boys,” his father once hushed him when he tried complaining to him during those scarce but long calls from his work station in far-away Aba.

Even the teachers could do little, after all Tolu’s father, Mr. Ogunlewe, was the chairman of the P.T.A board and the prime benefactor of the school.

Once, the school had run into a serious cash crisis and it was him, this short round man with the smile of a civet, that came to the institution’s aid.

He is one of the very few that never forgets that teachers need constant appreciation, in tangible forms.

They wouldn’t want to jeopardize this relationship now by flogging his son.

Following the footprints that trailed him, the running boy tried to quicken his pace.

Tolu led the trio, his thick and muscular legs barely containing his heavy frame as they galloped along.

Just behind him was Issac, whose long legs were stomping in a way that had his head bobbing​ awkwardly back and forth on his long, thready neck.

The fat figure of Emma was far behind, his bulk of gelatinous flesh dragging lazily after them.


Get complete versions of all DNB Books on DNB Store, OkadaBooks or Flip Library!

As the race continued, Steven knew now that whatever his punishment had before been has now been tripled…if only so!

He wanted to keep on running but his energy and muscles were failing him now.

He thought to scream and gather attention but the streets were unusually empty except for a few passers-by who only gave him disdainful looks as he whizzed past them.

With no one to call for help but his legs, he scuttled on.

But his strength was fast dwindling and his legs had begun to ache badly.

He should​ head into Kano Street, a plethora of Hausa traders will be in their shops and stalls and perhaps they could help ward off his oppressors.

Without further thought​, he swerved into​ an alley by his right: Kano street.

But instead of the regular boisterous presence of Northern traders and their noisy costumers surging in and out of the street, all he saw were closed shops and empty stalls without a single soul in sight.

They can’t all be closed so early at the same time?

Amid heavy puffs, a puzzled Steven managed to glance at his wristwatch.

And immediately he realized his doom.

The traders have all left for Jumat.

He groaned in fear and frustration.

He stood there in the empty alley, sweat-soaked, fatigued and scared, hands on his head.

He dived behind a wooden stall as he heard approaching footsteps.

Tolu rushed into the alley first, panting as he searched around for his prey.

“I saw him enter this street…I saw him!” he said to Isaac, who joined him immediately in the search.

Flipping every carton, checking every stall, the boys did anything but relent in their hunt for their victim.

At the corner where he was, Steven’s heart throbbed painfully against his ribs, sending waves of tremor down his lanky body. His tiny legs began to shake.

“I need to get out before they reach here,” he concluded.

As he made to speed out from the back of the stall, all muscles in motion, ready to breeze out like a cheetah, a portion of his cloth got caught by a long nail that stretched out of the side of the wooden stall.

He was dragged back and sent crashing, head first, onto the hard floor.

“There you are!” Tolu said, walking over to him as he whimpered and wriggled on the floor in anguish.

Tolu sent two fast but heavy kicks into his injured head and watched him shake with pain, like a worm sprinkled with salt.

“You think you can run forever, right?” Isaac said before jumping on him, raining punches on him.

He summoned the tiny bit of energy left in him and hurled off Issac. Reaching and holding the wooden leg of a nearby counter, he staggered to his feet.

Fists clenched and in fighting stance, he took a large gulp of air.

Enough is enough! He was going to fight back. He’s now the proverbial goat that had been chased to the wall and he’s ready to attack.

He dodged the next blow thrown by Isaac and, seizing the opportunity, sent a fiery right-handed jab to his jaw.

The next minute, Isaac was rolling on the floor in pain.

On came the meaty fist of Emma, but Steven jammed his forearms together, stopping and blocking the weak punch before it could do any damage.

Bending a little he drove his left fist into Emma’s protruded belly.

A funny sound was heard.

He was about to send Emma to the dust with another punch when Tolu launched forward, his muscled arm landing squarely on his face and sending him into a box of exposed cables and wires.

Twitching and jerking, violently vibrating to the tune of electric current as it combed his entire system, it didn’t take long before Steven realized there was nothing more he could do.

He wanted to fight on, so very badly, but he couldn’t.

The trio watched in horror as the electricity surged through him, their faces plastered with shock.

He twitched some more before the electric force zapped all his blood and energy and finally released his drained lifeless body with a thud to the ground.

The three bullies disappeared into oblivion.

On the screen of a TV was a woman in her early 20s, elegantly dressed with a velvet-smooth voice, reading the News.

“A 15-year-old student had committed suicide. The boy who has been identified as Steven Adegboyega electrocuted himself on….”

Bullying is a huge issue. Never discard it as nothing; even the smallest complaint counts.

Shehu Idris is a mass communication student at the University of Lagos, with the sobriquet, ‘Unchoppable Eba’.

Get complete versions of all DNB Books on DNB Store, OkadaBooks or Flip Library!
Share this post with your friends: