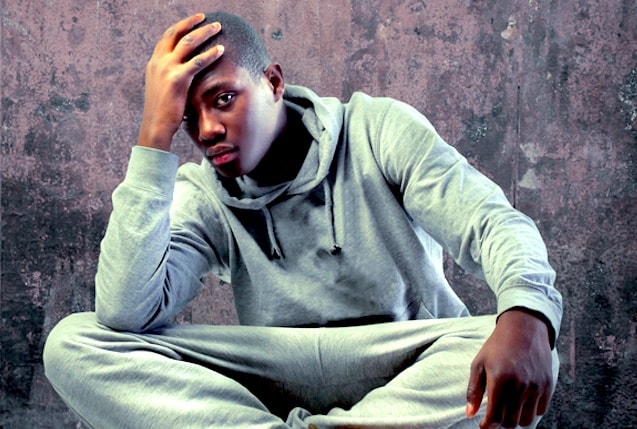 I feel Scorpio’s legs on my thighs as he adjusts himself into a deeper sleep.

I shove his legs off me and slap him hard on the back.

‘Wake up! Wake up! We have to get out of here before morning comes!’

He sits up, stretches his arms, curls up and goes back to sleep.

I will have to employ a more violent strategy to wake him. We must leave before Iya Monsura, the owner of this stall comes.

I rest my head on one of the wooden stools in the stall and glance at Scorpio again.

He shouldn’t be here. At least, his parents are comfortable. They own a house and car but his step-father drove him out due to his rascality. As Scorpio put it, the man would always say: ‘You’re not my son. You God-forsaken bastard! You will never amount to anything in life if you don’t change!’

I guess those words are what drives him to do all the things he does.

For boys of our ages, it takes a great deal of work to move up the ladder quickly in the confraternity as we have done in the past few months.

I recall the incident that led to our initiation into the fraternity. There was a clash between two factions and we were wandering aimlessly as usual when four boys rushed at us with knives and bottles. Scorpio ran back, surveyed the area and found an empty Heineken bottle. He smashed it on a wall and confronted the boys. I was already hiding in a nearby gutter. Not until I saw that Scorpio had stabbed two of the guys and the other two fled did I come out.

We heard a thick bass voice behind us and I made to flee again when the voice shouted ‘Stop!’

I turned back and saw a huge black guy grinning devilishly at us. I almost peed in my pants.

He asked, “How did you guys take care of them?” pointing at the two guys on the floor.

It wasn’t until then that I took a look at the boys and saw that they laid still in their own pool of blood.

Whether they were dead or alive, I didn’t know.

That was how we met Capol, the leader of the fraternity.

Since then, we’ve been taught series of stealing and killing skills. The more assignment you complete, the more your chances of getting a promotion.

Scorpio lives for these promotions.

I remember one morning when we went to a young man on suit, begged him that we were hungry and needed money for food. The pity he had in his eyes was touching. He brought out his wallet to give us some money, and BAM!

He snatched the guy’s purse and ran. The shock on the man’s face? I chuckle whenever I remember it, an effective comic relief for me till date. I also took off in another direction. We would meet at our usual joint.

Today, I don’t feel like stealing and I have to eat so I must go back to beg Baba Ola to let me follow his bus. The last time I followed him, I took #100 out of the money we made.

I didn’t think he would notice but he did. He slapped me, didn’t pay me my wages and told me never to come back again. Scorpio had said we should deal with him but I refused. I knew a day like this will come.

Sometimes, I miss Mama. I miss when she used to care for me and give me attention. Now all she cares about is her pepper business. Even Seyi, the younger one has been ignored. I see her with all these aunties that have bleached their skin to almost red. It is just a matter of time before she joins them now, I know.

I know if I go to see Mama at her stall, she will give me some money. But I do not want it. Sometimes I’m tempted to ask her if she ever thinks of where I sleep since I left home. Maybe one day, she will come for me, but it will be too late then. I won’t be found anymore.

Deep down, I don’t really want this life I’m living. It will make me end up either as a bus driver or an agbero. I want to be like all those big men in those cars we beg and knock on their cars’ windows countless times during traffic.

I want boys to knock on my car’s window too. Oh! How I would be a saviour and spray them money, plenty of money.

Scorpio says I have to go back to school if that’s what I want. But I don’t like school. I hate rules and there are too many rules there. If there’s another way, I’ll do it. But school? I’ll rather continue this life.

I overheard Mukaila, the puff- puff seller, telling the boys at the railway line yesterday that one big pastor is coming. That he is a nice man and doesn’t look down on people. I pray he brings food for the boys. In case Baba Ola refuses to allow me follow his bus.

But this could also be my chance to be a big man. What if I talk to the man to let me be his houseboy? I’ll beg him seriously. I need to bath today. I’ll put on that red knickers and white shirt mama bought me for ileya two years ago.

I rub my hands on my hair. I’ll get it combed as well.

I smile to myself. All will be well.

Scorpio smacks my head; I didn’t realize he was up.

‘Idiot! Why are you smiling this early morning?’ he asks. ‘Let’s go to the railway for a smoke. I feel today will be good.’

I laugh, hope rising in me for the first time in years.

I say to myself, “It will surely be good”.

This story is dedicated to Pastor Tony Rapu’s adoption of Shanawole.

Get all complete versions of DNB Books on DNB Store, OkadaBooks or Flip Library!

3 Comments on “Short Story: Rope in the Hole”