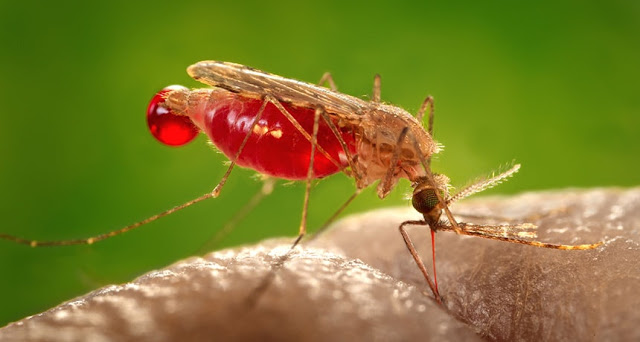 Mosquitoes could pass as one of the most obnoxious living creatures known to exist.

But why did God really take his time to make such a horrible animal?

First of all, which god do we refer to?

Or the Christian Jehovah?

To arrive at an answer to a question such as this, we are going to have to be a lot more specific, don’t you think?

Without an actual demonstration that any god(s) exists, or have existed, it is rather nonsensical to move past that and start discussing what and what these god(s) did or didn’t do.

I can’t honestly, for instance, tell all DNB readers about the life cycle of deep-sea-dwelling mermaids before I can first demonstrate they exist.

That would be dishonest. I’d literally be making stuff up off the top of my head. My distaste for dishonesty stops me from doing that.

Sadly, though, it doesn’t stop others from promoting nonsense.

The first step to get anywhere near an actual truthful answer to the question of why a Supreme Being created mosquitoes (or any other thing for that matter) is to first of all prove that god(s) exist—or have existed.

And because this hasn’t yet been done, the question remains moot, at best.

But let’s say that a handful of gods are proven to exist next week, we’ll then have to revisit this topic, in a much clearer way.

Until then, we have no choice other than to stick to what all the practical evidence we have states: All animals evolved to fit evolutionary niches!

And this they do without the direction of any imaginary sky being, or any regard to the sentiment of his billion worshipers.

As long as evolution is concerned, there is hardly a purpose. If something can survive better than others, it certainly will! Same reason we are still here too and hadn’t perished with the dinosaurs.

So while more scientists continue to do their best to ensure that these tiny and ugly blood-suckers don’t lead to our extinction, you may as well try to imagine God, through his verified Twitter handle, replying to this query with:

“Actually, I created the humans to feed the mosquitoes!”