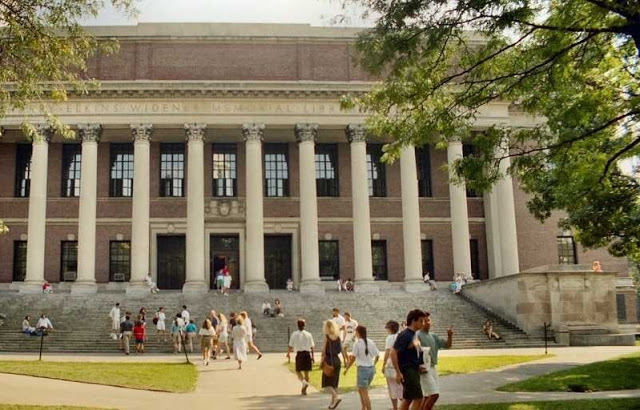 The 8 members of the Ivy League, chiefly known by their academic excellence, selectivity in admissions and social elitism, are:

I got my B.S. in Computer Science from Cornell University in 2016.

Here are a few things that shocked me while I was there:
1. The Attendance:

Attendance actually makes up part of your course grade.

It was generally only 5–10% of the course grade in Computer Science, but it’s still aggravating to lose those points, because the classes that you skip the most are the ones where the professors are the least competent, and so a portion of your grade in many classes is effectively tied to the professor’s performance, rather than your own.

2. The Professors:
Don’t misconstrue that. Many of my professors were fantastic…but there were several highly research-oriented ones who effectively taught only as a way to fund their research.


It annoyed me to no end throughout college to learn that they decided that I had to listen to a lecture that they didn’t even want to give in the first place.
3. The Drinking:
Let’s be honest, here. Every person experiences some shock when they hit college and realize that the person who will be performing an open heart surgery on them in ten years time is currently half passed out, sitting in a snow bank, trying to fist-fight a car that “looked at them wrong”.

I mean these are some of the brightest people in the world, as we are meant to believe, and you get to see them make many of the dumbest decisions that they will make in their lives.
4. The Competition:
There are seven colleges at Cornell. If I’m not mistaken, the hotel school is considered one of the best in the world.
Nevertheless, the hotelies have relatively light course loads, and are generally the butt of many jokes on campus. Everyone knows a former engineering student who switched to hotel school after a 1.7 GPA their freshman year, only to have a 4.0 GPA in their new major.
5. The Strong “Social Justice” Dogmatism:
Don’t get me wrong, here; most students are perfectly rational, intelligent people. But there’s also no shortage of “social justice warrior” types.
a. There was a gathering of people who came together to cry after the 2016 US presidential election.
b. In my senior year, approximately 150 people crowded into the main street on campus and blocked traffic, screaming about privilege or something.


The most positive thing that I’ve heard it called was “AssholeCon”, and the police ended it at some point, but the fact that random racist assholes were yelling at me to “check my privilege”, presumably just because I’m a white guy was rather disheartening.
c. A solid 20% of the people on campus that I’ve spoken with about race relations are those racist “minorities can’t be racist” types.


Several members of the track team and I were on poorer terms after discussing that particular topic.
6. How little the education actually mattered!
Perhaps the greatest shock of them all.
90% of the things that I learned in college were learned during my startup endeavors.


Languages, frameworks, design, architecture, management skills, collaboration, name them!
I didn’t learn collaboration in group projects. I did those by myself.
I didn’t learn how to design a system in class. I learned how when I actually needed to do it, and to modify it, with certain users and end goals in mind.
I didn’t learn maintainability in class, when I threw out the code that I was done with after a project.
I learned it 18 months into writing a system that really was not built with the current use case in mind.
So yea, how much you can do depends so little of the college education you can have!
***

Connor Strynkowski is an avid programmer and potato enthusiast.