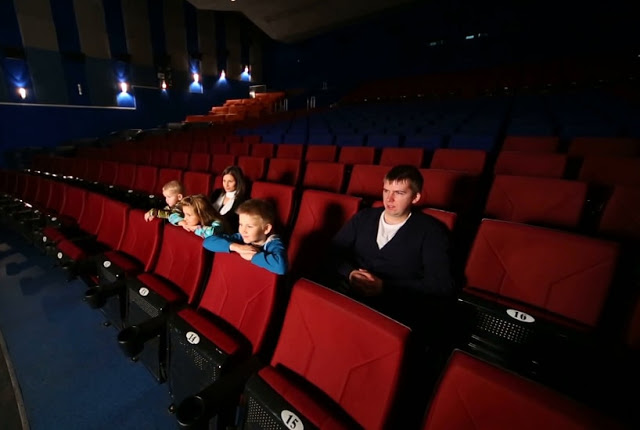 A man died after his head became wedged under the electronic footrest of a reclining movie theater seat in Birmingham, England.

The freak accident happened at StarCity’s Vue Cinema when the man dropped his phone between the “Gold Class” luxury seats at the end of the film, the Birmingham Mail reports.

When the man bent down to get his phone, the local paper said the seat’s footrest clamped down on his head.

Audience members and his partner had to rush to break the footrest to free him.

He was taken to the hospital on March 9, the same day of the incident.

The West Midlands Ambulance Service said it received reports of a patient in cardiac arrest, with crews managing to restart the man’s heart before taking him to the hospital, but he died a week later on March 16.

A spokesman for Vue confirmed the incident, via The Guardian:


“Following an incident which took place on Friday 9 March at our Birmingham cinema, we can confirm that a customer was taken to the hospital that evening.

“We are saddened to learn that he passed away on Friday, March 16. A full investigation into the nature of the incident is ongoing. Our thoughts and condolences are with the family who have our full support and assistance.”