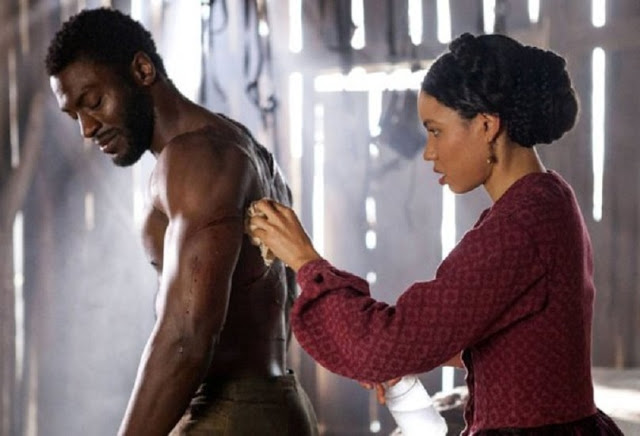 My sister in-law, Susan, has been staying with us for around a month and half now while her house is getting renovated.

My wife and I have a great relationship with her, so it hadn’t been an issue when she asked if she could come stay with us. She’s a few years younger than us — my wife and I are both in our late twenties.

Generally, it was fun having her around as she made us do the things we don’t usually do. Such as staying up late, having some drinks and talking, and going out together. Just basically stuff we don’t bother doing when it was just me and my wife.

One night, we were up late talking as usual. At some point, my wife left us and went to bed, leaving the two of us alone. We kept talking and soon, the topic drifted to sex.

My sister-in-law started asking the things we enjoyed during sex and if my wife and I had any kinks.

My wife isn’t the kinky type so there was nothing much to say about her.

She asked me what kinks I have and, feeling brave and tipsy, I told her one I’ve had bottled up since forever: Ass play.

I’ve always wanted it done to me and have never had a partner willing to.

She was surprised and asked if I ever told my wife about it.

I told her no. My wife and I have never discussed it.

I felt a little odd the next morning, having told my secret to my sister in-law. I was worried she might try and talk to my wife about it.

A day or so passed and nothing happened, so I started to relax but decided not to indulge in any late night chats alone with her again.

Last Tuesday morning, while in the shower getting ready for work, someone came into the bathroom, grabbed something and on their way out pinched my butt.

I assumed it was my wife as she’s done things like that before.

I didn’t find out till I was about to leave and discovered my wife had already gone out since a long time and it could have only been my sister in-law.

I tried to brush it off as a harmless joke.

Next morning, while in the shower again, I heard the door open. I managed to peep this time and it was Susan.

Embarrassed, I asked if she needed anything.

She said she just needed to grab her brush and she’d be on her way.

I went back to having my bath and tried not to make something out of nothing.

But then again, as she was leaving, I felt a hand on my butt again, a quick squeeze. I turned in time to see her hand withdrawing and heard the door close quickly behind her.

I rushed my bath, trying to catch her before she leaves but by the time I was done she was gone.

My mind racing all day, I did not know what to do.

I decided I’d confront her in the night and tell her to stop and be done with it.

I waited till after dinner to get Susan alone after my wife had retired to bed. I told her she can’t keep doing that and that it is not right.

She apologized and said she wanted to give me some attention after the conversation we had and thought this would be a small thank you for letting her stay with us.

The three of us have always had a playful relationship so this didn’t seem too strange to hear. A little inappropriate but forgivable, so I felt very relieved going to bed that night and feeling glad I talked to her.

Thursday morning, I was in the shower again. I heard the door open and it was Susan again.

I’m sure my face showed some concern. She apologized and grabbed a brush and slid back out the door.

I relaxed and went back to washing up.

Nothing happened for the next two days, so I figured she had given up.

The fourth day, however, while washing my hair in the bathroom, I heard the door open again.

I tried to rinse my eyes quickly enough to look, but by then she drew the shower curtain aside and I quickly turned and covered my naked self.

I asked her what she was doing.

She pushed me around and pressed her hand on my back. “Bend over,” she whispered.

She pushed me again towards the wall and grabbed my body wash from the rack.

I asked her what she was trying to do and she hushed me and told me to stop talking.

I heard a click as she lifted the cap of the body wash. And then I felt the liquid being poured into my butt crack.

I tried to stand upright, but she added some pressure to my back and whispered that I should stay that way.

The next thing I felt was her fingers inside my ass crack.

She rubbed around a little and I started shaking.

I felt some pain when she slipped a finger into me. She then started moving it in and out of me and the pain soon turned to pleasure.

The feeling was incredible. I’ve done it to myself before but it was nothing like this when being done by another person.

I put my hands on the wall to brace myself as she worked in and out of me with her finger.

When I finally stopped, she pulled her fingers out, closed the curtain and left. All without a word.

I stayed bent over like that for another minute or so, before I came back to reality and finished my bath.

All day at work that day, I was a mess.

I felt guilty and ashamed. More than a little emasculated and a little sore. Worst of it, I had no idea how to handle seeing her that night. I was scared that I was going to act really awkward that my wife would find out.

Luckily, Susan came home that night after we had settled in bed and I was glad. I had no intention of another confrontation like the night before.

I tossed and turned all night on the bed, only finally falling asleep early in the morning. I woke up to a seemingly empty house and was more relieved to have some time to think. I took my time eating, not sure who I should talk to first or at all.

I shouldn’t keep this from my wife but then letting this quietly go away felt like the best option. Susan would leave soon anyway so I could just let it go away.

I cleaned up after breakfast and made for the bathroom. While brushing my teeth, Susan entered.

“I’m not going to say anything or apologize,” she said to me. “You wanted it and the idea turned me on.”

She bent toward my ears. “Get into the shower now and I will do it to you again for the very last time and then leave you in peace.”

I was more than ashamed to say I did get into the shower.

She left while I started washing and soon came back into the bathroom and told me to bend over.

There was no hesitation this time. I turned around and pushed the shower nozzle away as she had done the morning before.

She had lube this time and the difference from the body wash was noticeable. She worked in two fingers right away, starting first at a slow pace.

I was shaking again. Weird and conflicting emotions ran through me — the thought of allowing this to happen again and the great pleasure I was getting from the act.

I don’t know how long she did it for but she told me to jerk off again and I started stroking.

It took just seconds this time and I burst.

She held her fingers inside me till I was done and she pulled out and left.

I stood up and slowly washed up.

Guilty and ashamed again, I came out of the shower with my mind racing.

I didn’t know how I was going to stay the weekend without acting a little strange to my wife. Telling her about it floated in and out of my mind, but I couldn’t reach a decision.

I felt guilty and even more terrible that I still get aroused each time I think about the incident.

I know this has to stop and it’s petty of me to potentially ruin relationships, multiple relationships in a family for some kink I’ve wanted.

I had to somehow get this off my chest and that’s why I started typing this.

Because I’m writing this while my wife is out shopping and Susan will be home from work in like half an hour, I’ve been thinking very deeply and feeling really confused and scared.