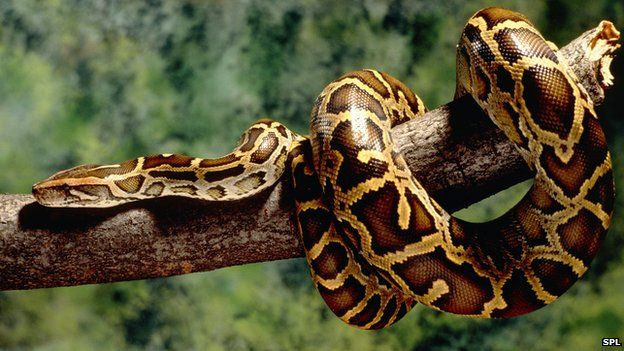 Susan was ironing his shirt when he walked in.

Susan’s eyes flitted across the wide room to glance at him. ‘Hi, Honey, you stayed over at the office?’

‘Yes dear, there is so much work to be done.’ His movement, his gestures, his look, everything was slow, guilt-ridden.

Susan angled him an affectionate smile. ‘And you look really exhausted, I’m so sorry. Don’t worry, Sweet heart, everything will be okay.’

‘Yea. Yes. Everything is okay now,’ he said, wishing his wife hadn’t said she was sorry. For she has absolutely nothing to be sorry for.

‘So sorry, I couldn’t come back home last night,’ he said.

Sorry was a word they used frequently in their home. They said it easily, sometimes even when it was not very necessary. Like when Susan stayed too long at the ante-natal clinic when she was pregnant with their little girl and he came back before she could finish dinner. She had said sorry.

When she mistakenly stepped on the documents he scattered all over the floor during the days his promotion had not come and he came home with lots of work, she said sorry too.

Susan was always ready to say sorry. And soon he imbibed the character too. Sometimes they now say it together at the same time. Nothing has helped their marriage more than that single word – Sorry. For there is no more offense when sorry is said.

But now, for the first time, Christian felt sorry is not enough.

He scratched at his head. ‘Where is my baby?’

‘I will bathe her after I finish with your shirt. What are you having?’

‘Anything you make is okay.’

Susan nodded in understanding. ‘Go have a shower, you will feel better.’

He scratched at his head again. ‘Okay. I’m going to go inside now.’

Susan nodded, her eyes back to the shirt she was ironing.

For an odd reason, as he slogged up the stairs, Christian wished they had talked more and that Susan had said something that wouldn’t make her seem so unaware. Something like, ‘I know what you did last night!’ or ‘I know where you are coming from!’ Or even call him names like cheat, betrayer, sinner! Anything punishing to him, for at that moment he felt he was the one punishing her. Punishing her for nothing.

He finally took solace from the fact that everything has ended now, that all has become well with them again.

Susan stood the iron and watched the last of her husband disappear from the flight of steps. She slipped into her mind. If she had the power, she would give him all he needed. All he ever desired. She would ask him to quit his stressful work and provide them with everything, everything they’d ever need.

She will make him the wife and become the husband, at least for a while.

Blossom’s tiny voice took Susan away from her thoughts. ‘Hey, Baby B! You are awake.’ She was smiling, but in her mind, she wished that Baby B had slept some more. Till she was done ironing, at least.

Blossom was rubbing her eyes as she teetered towards the ironing board near the wall, where her mommy was. She came close and held mommy’s leg, pulling at her night gown.

‘Mommy, where is daddy?’

‘Daddy is upstairs.’ Susan looked at the clock and quickly turned back to ironing. She won’t bother now to give the shirt the two frontal lines that Christian liked. She was probably going to say sorry for that too.

Susan patted her on the back. ‘Mommy forgives you.’

‘Can I go to the room and see Daddy now?’

‘Not till you’ve had your bath. Daddy won’t carry you if you are smelling.’

‘But I am not smelling.’

Finally, Susan was done with the shirt. She breathed her relief. ‘No, you are not, Honey, but you still need to have a bath. Now come.’ She scooped Blossom up with one hand, Christian’s shirt hanging on the other.

Upstairs, Christian walked out of the bathroom. It would be the longest he’s ever stayed in there. He had washed and washed, as if the more soap he used up, the more sin, and guilt, he washed off.

He was naked, roughly cleaning at his ears with the broad white towel. He saw his ironed shirt on the bed. The white shirt was crisp from starch and hot pressing. His tie and black pants were next to it, neatly folded as usual.

At the foot of the bed, his shoes—shiny black from experienced polishing—lay.

He moved towards the dressing table to take a bit of moisturizer from the big jar lying there. His image on the mirror above the table caught his attention. He stared at himself, wishing he could get a new layer of skin, one that wasn’t tainted with Jennifer’s touch.

Downstairs, Susan was setting the table. Blossom in her neat white and blue uniform was perched on one of the dining chairs. She heard the noise of daddy and turned suddenly, jumping down and running towards him almost at the same time.

Christian picked her up before she could bump into him. Up in the air, he turned her this way and then that. Baby Blossom cackled away in bliss. She was sitting in his arms as they got to the dining table.

He pecked Susan. ‘Hmm, something smells so nice.’

‘I’m sorry, had to rush through an omelette.’

‘Daddy, let’s play Hi-Five,’ Baby Blossom said, pulling at his daddy’s collar. Christian had invented the game of Hi-Five the year Blossom first walked. Then, he’d put up his palm and ask the little girl to give him a Hi-Five by joining hers to it.

The game has metamorphosed over the years and now they did it like a dance, hi-fiving first on the right with their left hand behind their back and then they would switch. Most times Blossom failed, but now she’s pretty much perfect at it.

‘Okay, honey.’ Christian set his little girl down on the floor.

But before they could start, Susan protested. ‘No, no! No games this morning, it’s meal time now.’ She pointed at Blossom and said, ‘You, you are late for school’, and then to Christian, ‘and you, you are late for work.’ She came and carried Blossom away to the table. Blossom’s eyes were on daddy.

Christian winked at his daughter. ‘Don’t worry, babes, we have all the time to play when I return.’

Twenty-eight minutes later, he drove into his office building. He stayed a moment longer in his car, trying to keep himself together. He would see Jennifer and greet her normally and from that day onwards, to infinity, they’d pretend the two nights never happened.

He inhaled deeply and got down from the car.

Inside the large building, after he’d responded to the many donations of ‘Good morning’s’ by all that saw him, he passed Jennifer’s office only to find it empty.

When he inquired, Mrs. Nosa who was in Accounts [though Christian has once thought that if a Gossip Department was created, Mrs. Nosa would be best to head it], told him that Jennifer has quit. That morning.

He did not know what to feel, whether to be happy or worried.

At a meeting later in the afternoon, he was very quiet and made the less contributions. Mr. Kenneth, who was in HR, told him as they walked out of the meeting hall, that he shouldn’t worry himself too much, that the department is sending him another secretary before the week runs out. That he should just try and manage on his own for the few days.

Christian had nodded, even though Mr. Kenneth’s advice was way different from what actually bothered him.

Finally, after he’d tried to do some work, he picked his phone and dialled Jennifer. He would ask her the reason behind her quitting.

But the call was returned with, ‘The number you have called is not available. Please try again later.’

After several trials and nothing, he dropped his elbows on top of his desk and joined his hands together.

Maybe there is nothing really to be worried about, he began to think. Maybe Jennifer was just playing to the deal. After all, the agreement had been that all contact between them be severed completely.

Christian pulled back into his rotating chair and for the first time since this whole mess started, he took a deep sigh of relief.

But Christian was wrong. If there is anything, Jennifer had only gone for reinforcement.

Deep in the ancient forest of Ofiagba, in one of the villages in Anambra State, a strong dibia reigned. His name was Dikezue.

People said he was able to transform into any animal he wanted and that once, a young woman had insulted him with the common Igbo curse that bees should visit him, unknowing of who truly she was talking to.

That evening, a swarm of bees visited the young lady and stung her to death.

Now the sun was going down fast and forest insects cackled and droned. High in a nearby tree, strange birds screeched. The aura of ominousness in the air was thick.

Jennifer was on her way to Dikezue’s shrine with her elder sister.