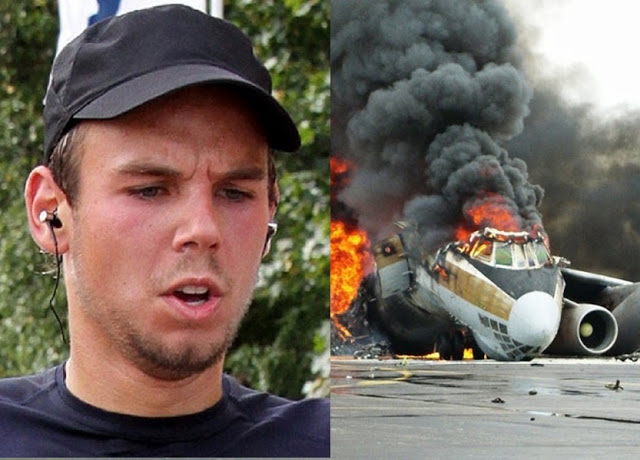 On the 24th day of March, 2015, a German co-pilot named Andreas Lubitz deliberately crashed the plane he was flying, killing everyone on board.

All 144 passengers and 6 crew members were killed, totaling 150 casualties.

Upon investigation, it was discovered that Andreas Lubitz had been suffering from suicidal depression for months before the crash.

All investigation proved the crash was deliberately caused by the co-pilot, Andreas Lubitz.

According to prosecutor Brice Robin, when the plane’s captain returned from probably using the toilet and tried to enter the cockpit, Lubitz had locked the door.

The captain had a code to unlock the door, but the lock’s code panel can be disabled from the cockpit controls.

The captain requested re-entry using the intercom; he knocked and then banged on the door, but received no response.

The captain then tried to break down the door, but like most cockpit doors made after the September 11 attacks, it had been reinforced to prevent intrusion.

During the descent, Lubitz did not respond to questions from air traffic control and did not transmit a distress call.

The screams of passengers in the last moments before impact were heard on the cockpit voice recording.

Lubitz had set the autopilot to descend to 100 feet (30 m) and accelerated the speed of the descending aircraft several times thereafter.

The aircraft was travelling at 700 kilometres per hour (430 mph) when it crashed into the mountain.

Three days after the crash, German detectives searched Lubitz’s apartment and removed a computer and other items for testing.

They did not find a suicide note nor any evidence his actions had been motivated by “a political or religious background”.

But during their search, detectives found a letter in a waste bin indicating Lubitz had been declared unfit to work by a doctor.

News accounts said Lubitz was “hiding an illness from his employers”.

The following day, authorities searched Lubitz’s home again, where they found evidence that he was taking prescription drugs and suffered from a psychosomatic illness.

Criminal investigators said Lubitz’s web searches on his tablet computer in the days leading up to the crash included “ways to commit suicide” and “cockpit doors and their security provisions”.

For five years, Lubitz had frequently been unable to sleep because of what he believed were vision problems; he consulted over forty doctors and feared he was going blind.

Motivated by the fear that blindness would cause him to lose his pilot’s licence, he began conducting online research about methods of committing suicide before deciding to crash Flight 9525.