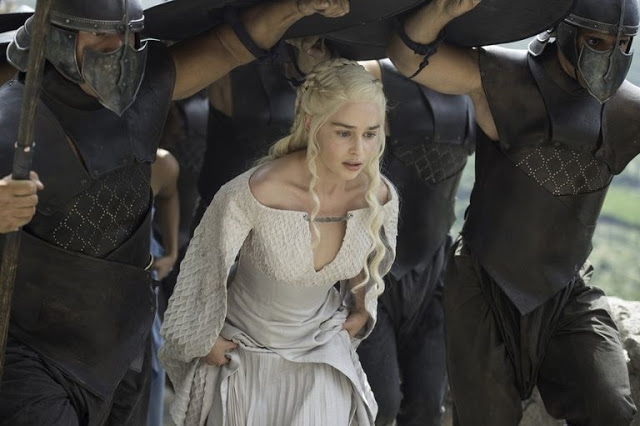 The final season of Game of Thrones is here and the debate about who’s finally going to take the Iron Throne has become more intense.

Daenerys Targaryen has been one of the handful of characters to survive until the final season, and she has always been a strong contender for the throne.

She is super strategic and kind (sort of) and with her dragons can be a total badass!

But over the past eight years, a lot of things has happened that nearly made fans stop rooting for Dany to take the throne.


Here are top 5 reasons Daenerys Targaryen fell out of favor with some fans:

1. She doesn’t think about the consequences of her actions.

Dany likes to see herself as a gentle conqueror, liberating the people in the cities she enters. But the truth is that she often does this without thinking about the long-term effects. When she liberated the slaves in Meereen, which on the surface seems like a good thing, she did it without considering the fact that there were no backup social structures to help the slaves once they were freed, and it totally blew up in her face.

2. She acts too entitled!

Dany’s motivation for everything she does is getting back the throne that’s “rightfully hers,” but here’s the thing: Dany knows nothing about Westeros. She doesn’t know the people, the land, or the houses. Hell, she said she doesn’t even have any memories of living there.

Her father was pretty rightfully removed from the throne (read: killed by Jaime) because he had gone straight-up crazy and was saying he wanted to burn all his subjects. He kind of ruined Dany’s claim to the throne—a claim that she likes to constantly remind everyone she still has.

3. She wouldn’t be anywhere without her dragons.

Dany’s dragons have gotten her out of almost all the bad situations she’s been in thus far. She’s not exactly a fighter and let’s be real, Dany hasn’t even actually led anyone into battle yet. She likes to sit back and let the army handle it, as opposed to your Jon Snows or Jaime Lannisters of the world who like to be front and center in the action. Her utter reliance on her dragons to get things done feels sort of like cheating.

4. Her relationship with Jon Snow.

Dany’s relationship with Jon, who is supposed to be the son of her older brother (Rheagar Targaryen) has cost Dany some fans who feel the dragon queen is no different from the murderous and incestuous Cersei.


Samwell Tarly might be that GOT character without much going on around him, but still, he is not just as ordinary as we’ve been led to believe. Some theories have actually suggested that George R. R. Martin modeled the character from himself and that Sam is going play a very important role in this season 8. The revelation of Daenerys Targaryen executing Sam’s father and brother has put a rift between the two.
Share this post with your friends: