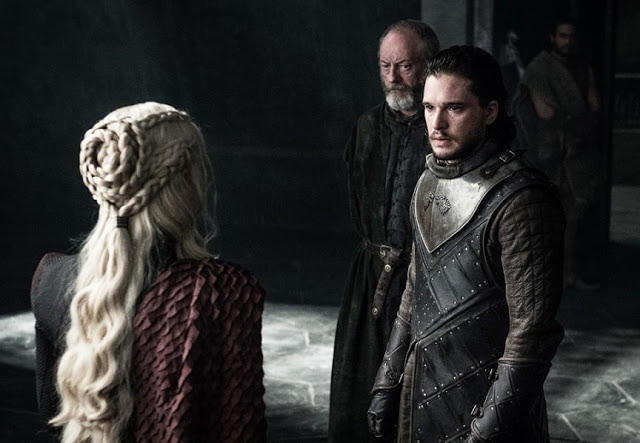 While everyone was criticizing the final season of HBO’s hit series, Game of Thrones, we all perhaps have missed this very important detail in the season.

That three (not two) Starks were actually crowned rulers.

The final season of Game of Thrones ended with Bran and Sansa Stark crowned king and queen, but there was a third crowning we didn’t pay much attention to.

While that detail might have slipped past the show-lovers, the released script for the final GOT episode has now made things much clearer.

In the episode, Bran Stark was elected King of the Six Kingdoms, after his sister (Sansa) sneakily attained independence for the North.

The script to the final episode now shows that there were actually three Starks who got crowned.

Because of the show’s nomination for an Emmy Award, the script has been published online, leading to the revelation of the missed plot twist.

While Bran took the six kingdoms and Sansa took the North, Eddard Stark’s bastard son (who everyone now knows is actually Aegon Targaryen — the true son of Lyanna Stark and Rhaegar Targaryen) wasn’t just sent off to the Night Watch as almost everyone believed.

Jon may have been sent back to the Night’s Watch and the Wall, but the final shot of the entire show (where Jon is seen riding north, beyond the Wall) makes it clear he is not staying there.

And the script has now made everything even clearer:

Jon walks down the last few stairs to the ground level, where the last of the Free Folk await him… Jon steps forward into the sea of waiting faces. There is no suspicion in those faces, no awe. Only trust. The Night’s Watch used to hunt them, but they will follow this Night’s Watchman.”

What lies out there beyond the wall is all Jon’s now. There is no Night King, and no other king whatsoever

With a dire-wolf by his side and Tormund and the last remaining wildlings, Jon has effectively become the King Beyond The Wall.

He never wanted a traditional throne but he is a born leader who eventually got the kind of crown that matched his wildness!