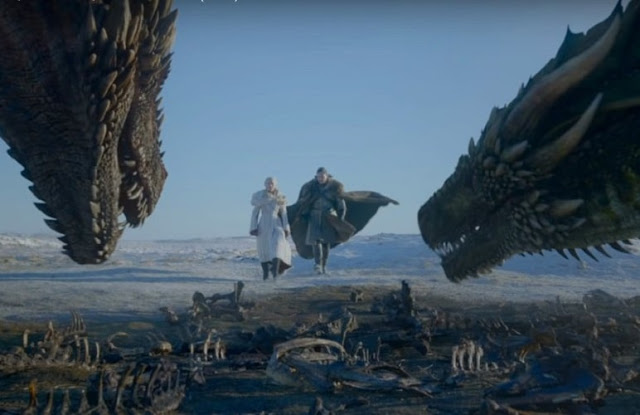 The full-length trailer of the final season of “Game of Thrones” literally broke the internet when it was released by HBO, earning over 500K views in its first 30 minutes of appearing on YouTube.

While the trailer did its job of getting fans on their toes, nothing yet is clear about what to really expect when the series begin airing in April.

Till then, here are some small details we picked up from the trailer.

1. Cersei is overjoyed to meet the Golden Company 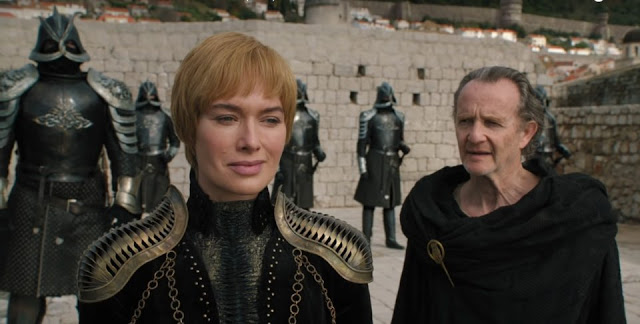 Last we heard, Cersei sent Euron to Essos on a mission. He was going to hire the Golden Company, a legendary army of mercenaries, to fight on Queen Cersei’s behalf. In the trailer Cersei is seen looking so smugly happy at the sight of the Golden Company, though we really do think she might be overestimating Euron. 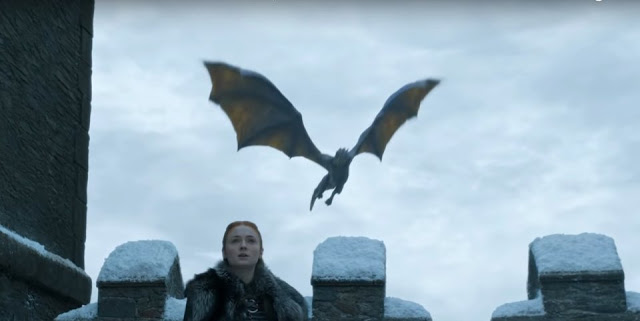 In the trailer, Dany’s dragons are seen soaring over the towers of Winterfell as Sansa watches in awe. This is the first time the Lady of Winterfell has ever seen a living dragon, so we can imagine how she feels.

3. A tiny glimpse into Cersei’s downfall?

In a flash scene of the trailer, Cersei is seen drinking wine in a dark room, but her outfit and facial expression leaves much to be desired.

Cersei hasn’t been seen in this pale blue-green color palette in a long while. For seasons four and five, she wore the rich Lannister reds and then mourning blacks. All of season seven was dedicated to Cersei in lavish silver and black gowns.

So why the change? This could be a sign of Cersei’s downfall, or a reintroduction of the manipulative softness we saw her employ with Sansa on the first several seasons. 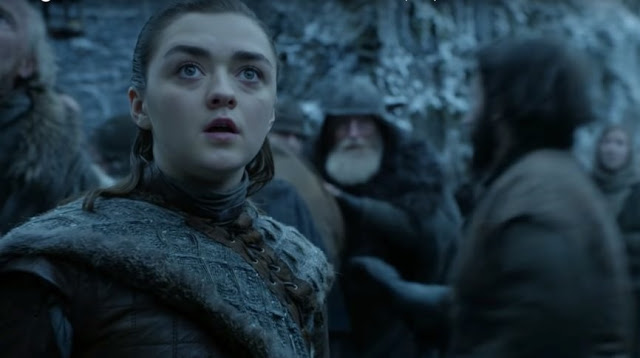 In one of the scenes of the trailer, we see Arya watching dragons fly, a major moment for her life. She always admired the tales of Aegon the Conqueror and his sister-wife queens on their dragons. 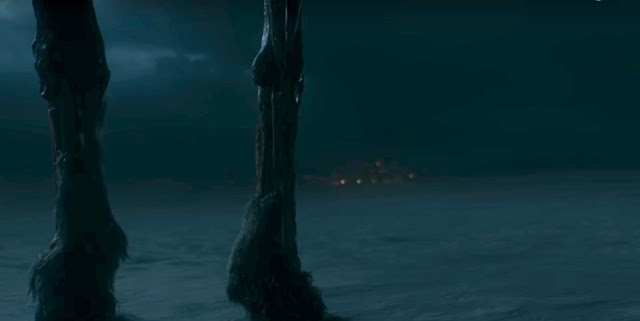 In the last part of the trailer, we see the rotting leg of an undead horse walking towards Winterfell.

With the Night King in Winterfell, the last stronghold of the North and biggest assembled defense of the realms of men, we truly can now scream:

“The night is dark, and full of terrors!”

Watch the trailer of the most anticipated season finale in TV history here again: