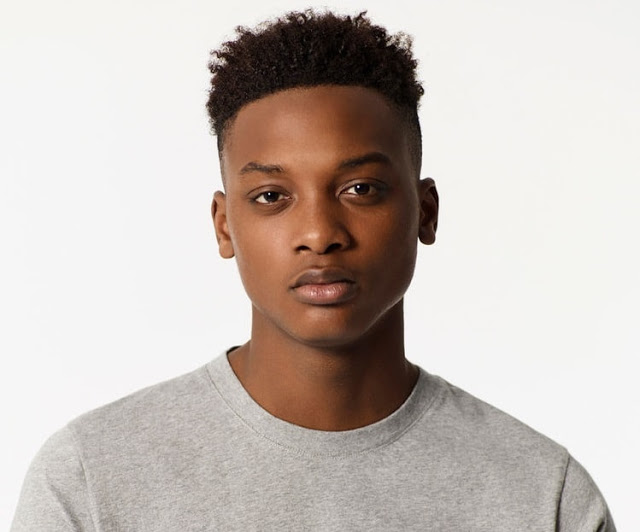 One word to describe being gay in Nigeria (any part of Africa really) is UNPLEASANT.

The stress and sneers do not just come from society but from your immediate family as well.

The society thinks you chose to be gay and therefore do not deserve any pity. Your family members think you are cursed or have been taken over by a demon.

I have heard some of my gay friends say they have supportive parents.

I am not sure if “supportive” is the word to describe the reaction of my parents when they found out about my sexuality.

Of course, they didn’t send me away (like in some of the ugly stories I’ve read about extremely homophobic parents who sent their kids away the moment they discovered they are gay).

But my parents didn’t allow me to be gay either.

“Look here, son,” my mother told me that evening as they gathered to discuss my case. Everyone was looking down, as if mourning a great loss. “– We all have one sin or another we indulge in. Over time we may begin to think that it is part of us — that that is who we are — but it is not true, child. There is nothing God cannot do — you just have to seek him harder! Ooto oro m moso fun ee.”

And the discussion sort of ended on that note — “Find God and He will cure you.”

My parents believed being gay was just a sin like alcoholism or fornication. My mother used as an accurate reference, the case of her older brother, Uncle Bayo, who used to be a chronic alcoholic “until he found God and was set free.”

At least my mother’s view was a better position than that of one of my closest aunties who believed it was the work of demons. She was very certain that the pastor of her new church will cast out the demon very easily and return me back to default.

“That man does wonders, sister,” she was telling my mom. “Ha. You need to see. Do you know the funniest thing about those that have been possessed by these satanic agents?”

“They don’t even know what is going on. The ungodly attachment will be there manipulating them without them having any clue about it. You need to see testimonies from all those that have been set free. You should bring him. You should. This is a simple case.”

My mother didn’t take me to Aunty Jummy’s church though — my mother has never really been a fan of those high-magic churches Aunty Jumoke visited. But she did ask me if I’d like us to go talk to Pastor AJ about “it” instead.

“Perhaps he will provide you with some guidance to the direction of your prayers for full efficiency,” she said.


I wish then I could tell her how much I hated what she did. The entire family did not need to know, not Aunty Jummy — to say the least.

One evening after a couple of weeks has passed, my mother was in the kitchen when I walked in to grab a can of Coke.

“How are the urges? Any change?”

It took me a while to get what she was referring to. My mother thought being gay is just like having food urges or cravings.

That was the period I started my very first gay relationship. It was easier for him (my boyfriend) because he was not effeminate at all. In fact, he said his parents have never suspected anything of such before.

I am not very masculine. Not dramatically effeminate, but I am easily the odd one out when a group of straight-acting (I hate this word) boys is called out.

Maybe you can try to “man up” more, my boyfriend suggested to me one day. Man up — a word gays in Nigeria used to mean “to feign masculine behavior”.

Actually, some people have learned it so well that it works for them. But you can always tell when someone is forcing what they are not. And it’s only a matter of time before they lose themselves and throw up a hand or two.

I’ve had very friendly people who seemed genuinely amazed by my difference. But there were many others it angered to the bones.

At the market one Sunday, a boy shoved me to pass. When I called his attention and demanded he apologized for nearly breaking my wrist, the boy kept mute, just waiting for me to finish.

And afterward, he simply flung out the H-word and walked away.

The H-word “Homo” is one word no Nigerian gay person likes to hear. It sends chills down your spine.

It is a very violent word and in most cases where it is used, it is to cause harm.

Before, it used to be “it is against nature”, nowadays they tell you boldly to your face that “it is against the law” before attacking you however way they want.

Dating is the scariest part. There are so many criminal gangs targeting gay people. Scary stories of kito. They pretend to be gay and create enticing profiles on dating apps, even on Facebook.

They chat you up and start a conversation. They lure you to their home and only then would the victim realize he had been chatting with a criminal all along. They will beat you up, withdraw every money in your bank account and then throw you off on the street.

There is a name for them and they are every gay Nigerian’s worst nightmare. My best friend almost killed himself after such an encounter in the Festac area of Lagos.

It wasn’t just that they beat him up and stole all his money, they also called his family and coworkers and told them he is gay.

Unable to bear the shame, my friend took a fatal dose of pills. Fortunately, he survived.

There is no hope for gay people in this country. Your family thinks you are cursed.

The society wants you dead.

I look forward to the glorious day I will eventually leave this country.

Even among the community, there is hardly any love. It seems everyone is competing with each other, looking for every single opportunity to pull the next person down.

Someone I once took to be a friend once spread lies about me just so he could take my job.

My older friends tell stories of how they have invited younger guys to their homes and they end up stealing from them.


For the sake of safety, Bosun did not leave us a bio.

All about Mohammed Salah’s family, marriage, wife and kids

6 Comments on “What being GAY in Nigeria feels like”