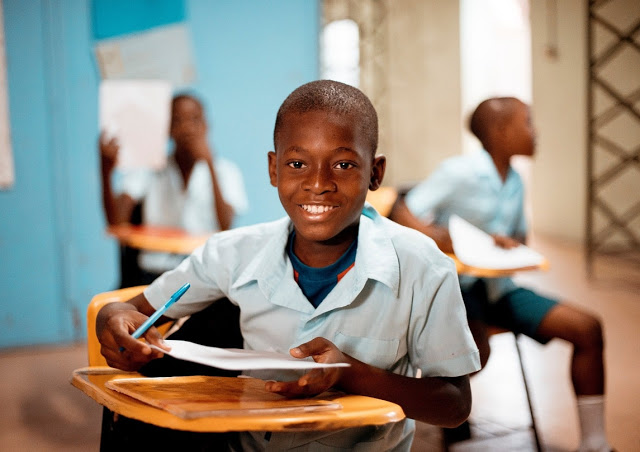 I grew up in a small street in Anambra State’s capital. I was not up to 8 when I realized boys and girls were raised differently, at least where I grew up and at the time that was.

If I’m asked, I’d say more attention was paid to girls. Many times, while still in Junior Secondary, boys in my class were asked to leave so that the plump matron could talk to the girls.

We would leave, our curiosity hanging round our heads like a halo. We desperately wanted to know what they were being told, or at least get our own matron who’d talk to us about something — anything at all — that we’d like to hear.

This never happened. And it just felt like boys were left to grow on their own. To sort themselves out, because, perhaps, being a boy did not require much coaching. I see this as super wrong.

In my school, the female and male hostels were at different locations. But the difference did not only stop at the locations. The environment, architecture, facilities, and many other things else, were remarkably different. Our toilets were pit systems (there were some with WC bowls but without the flush mechanism), unlike the fully functional WCs the girls had.

They had beautiful, sweet-smelling flowers surrounding the hostel structures too and all the walls were painted. The male hostels stood uninterestingly bare, walls unpainted with stupid names and symbols scribbled all around.

And this is one of the major areas I feel every parent should pay attention to when raising boys:

It is not true that girls need more personal hygiene than boys. Our Home Economics teacher — a slender, dark woman with a big nose — once said to the whole class, “Boys, they can go on and wear their inner shorts for days, they are boys, but as a girl you must never wear your pant (she meant underwear) more than twice before washing.”

This is wrong. Cleanliness matters and it is not something gendered. Boys deserve clean toilets too, and clean sheets, and do not need to wear the same underwear for several days.

Still in my school, there was a small stream down a bush track at the back of the school. We visited this stream often and almost all the boys swam in it. I did not swim because I was afraid of water (I still am). But girls were warned never to swim in the stream and many of them never did.

Some of the boys must have thought this was some kind of privilege until they started coming down with scabies. Every now and then, you’d see a junior boy with one hand tucked away underneath his shorts, scratching aggressively.


Boys, like girls, should be taught how to enjoy bathing and washing and cleaning and looking neat at all times. And to stay away from dirty stream water.

Boys need to be told violence is not okay. They need to be taught that walking away is not just the right thing to do but also very heroic. Most fights between males I saw as a young boy (even now still) were caused by not just the provocation alone but also from the intense desire to prove a point about masculinity.

Boys need to know that violence is not masculine.

I cannot remember how many times I was called a woman while growing up. Most times it’d hurt — all the boys in my class believed walking away means you are weak and not man enough.

Eventually, one day, after so much pushing, I stood my ground and allowed the fight to proceed. I won, quite very surprisingly. It happened in class, after school hours, and everyone was cheering me for having won.


The boy had to be carried to the school pharmacy because he was bleeding, but even me, the winner, slept with biting pains all over my body all night. One of my fingers felt like it was going to cut. And it was then that I realized that the hurt from doing the actual fighting was more real than the pain of being called a woman for not taking the fight. I’d rather the latter, I concluded.

African parents should learn to teach their boys to understand diversity. Boys should be told that there is nothing wrong with being different.

Boys should be taught to embrace who they are. To embrace difference and variety and colour. To be safe with any shade of masculinity they feel more at home with.


There is no one way to be a boy and all the shades are acceptable and good. Nobody should be bullied for being different. Instead, it should be a thing to be celebrated.

Equality is about ensuring everybody has an equal opportunity, and is not treated differently or discriminated against because of their characteristics.


This is fundamental as it forms how boys relate with the opposite gender.

Boys should be made to understand that the way they treat others should not change regardless of age, race, gender, class, sexual orientation, religion or belief, disability or the country they are from.

All boys should be taught to respect women — her body, her opinions, her decisions, her existence. You must tell your boys that they are not better or more important because they are boys. Everyone is important and everybody matters.

Boys should be taught how to understand and respect the following words:

This is the best way to raise an African gentleman. Tell your boys not to hit women, because that is such a bad thing to do. Elaborate on the importance of avoiding putting his hands on a woman.


Never tell your boy not to cry. Or to do anything or behave a certain simply because they are boys. Let it never escape from your lips as a parent or elderly person, something like, “Are you not a boy?” or this, “Do you not see your mates?”. If you do this, you are a horrible parent.


Allow your boys to cry — do not shame them if they do. Tell your sons that sharing how they feel is not only great but right. Listen to them as much as you would do your daughters.


Talk to them about stuff, just the same way you talk to your girls about pubertal changes. Let them know that there is nothing wrong with being emotional or sensitive.


That no one needs to feign unresponsive just to prove they are male. That it is okay to feel pain and admit weakness.


And that wet dreams are completely normal!