Husband scarcity has been a major issue not just in Gombe State but several parts of Northern Nigeria.

About 7 years ago in 2013, single women numbering hundreds took to the streets in Gusau, Zamfara State, to protest the scarcity of husbands.

The leader of the protest Suwaiba Isa said over 8000 of the women have not been able to find husbands.

To avert such protests, some Northern states have in the past organized mass weddings. In August 2009, the Kano State Government arranged a mass wedding for 1,000 women in the state.

Before now, it seemed the issue of husband scarcity was limited to the Muslim population. But recently a pastor in one of the churches in Gombe State raised concern over the same issue.

Rev. Adamu Dauda of ECWA Gospel Church in Gombe said he organized a youth meeting in his church and discovered that over half of the members are not married.

Reverent Dauda said he became more shocked when some of the women told him that no man has ever proposed to them.

“I lead a congregation of over 1,500 members out of which we have over 800 youths. During the meeting, we discovered that out of the 800 youths, 487 were not married, so I began to take the initiative to talk to them one on one. The shocking discovery is that some of the ladies told me that nobody had proposed to them.”

Rev. Dauda blamed the situation on African culture that hinders a woman from approaching a man and also on poverty.

“I asked, did you not see anyone that you liked? Some said yes, but they could not go to the man because it is against African culture. That is the area we are now looking into. If a lady likes a man, why not go to the man herself? If that will give you better results, why not? Because I can tell you for sure that the church is already getting overwhelmed.”

The cleric said many of the men are still struggling and are unemployed so are not thinking of marriage. The Reverend also blamed modernisation, saying that in the past, men were not allowed to touch women without first marrying them. But these days, a man can do anything with a woman he is not married to so many of them no longer feel the desire to get married.

One of the victims of husband scarcity in Gombe State, 35-year-old Godiya Adamu said it is now difficult to find a man who is serious about marriage.

“What would I do? I can’t force myself on men if they do not come,” she said.

Godiya who said she had been in about five relationships with none of them leading to married has accpted her fate.

“As far as I am concerned, life continues with or without a husband.”

Tue Feb 23 , 2021
Ex-BBNaija housemate Ka3na has condemned a loyal fan of hers who went to tattoo her name on her thigh. In a recent online video, the 26-year-old mother of one condemned the behaviour, stating that there are other ways to show celebrities your love instead of getting a permanent tattoo. The […] 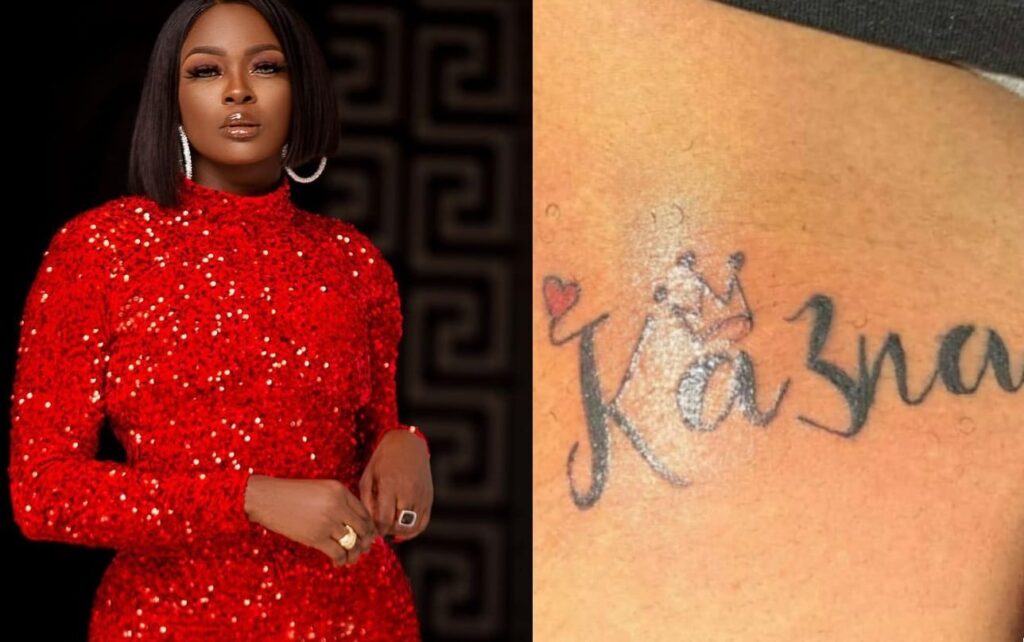