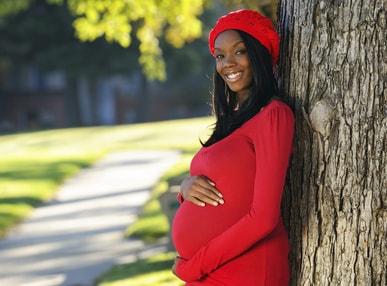 My mother always told me that I have a sister, a daughter she had from her previous marriage. She is now married to my father and her ex-husband had custody of this sister of mine.

Hence, I never had the chance to meet my half-sister. I don’t even know what she looks like. All I ever saw of her were pictures when she was still a toddler.

In UNIZIK, the girls called me ‘fine boy’ each time I ordered a table, yet none of them would want to have anything serious with me. Each time I asked any of them out, all I’d get is a crooked smile and a slow shake of head. It didn’t take long for me to realize it is my money that is fine and not me: my school fees, money for my text books and hand-outs, anything with a Naira symbol that comes out of my pocket.

So you can now understand how excited I felt when this beautiful damsel agreed to date me in my third year.

Amaka is everything; tall, curvy, sprinkled all over with an enduring beauty. I didn’t mind that she was older. I finally came to realize women are just like wine—they get better with age.

Before Amaka, I didn’t have much of a sex life. That all changed with her coming into my life. She taught me the things I was not taught in my Biology classes in secondary school, showed me things that were not drawn on text books and allowed me enter places I never thought I could enter.

It had all been fun and delicious and everything else that can be called amazing, until one night when Amaka told me: ‘I think I’m pregnant.’

That night I couldn’t sleep. I was restless. We agreed she would have a pregnancy test done at a nearby lab the following day. I prayed all through the night and for once opened my Bible to read. I sang soulful melodies to the Most High and thereafter authoritatively rebuked every destiny-destroying demon that has chosen to manifest itself in my life in the form of pregnancy.

The following day, my fear was confirmed. Amaka was truly pregnant and obviously I was responsible for it.

My terror soon transformed into confusion. My mind became a clutter of a thousand thoughts. At just 21, I was neither prepared to be a father nor a married man.

In my confused state, I kept murmuring to myself. I did not even know when I packed my bag and left the hostel. I went home.

On arriving home, my mother was quick to notice that something worried me. She asked me if I was okay and I nodded. I didn’t tell her the truth.

When night came, it was like the previous nights at the hostel, even worse. I couldn’t sleep. I felt perforated all over by the thoughts of Amaka’s pregnancy.

The next morning, I was in my room when I heard voices from the living room.

I peeped through the keyhole of my door and saw Amaka in our living room, sitting beside a dark middle-aged man. I was sure he was Amaka’s father. I had seen a picture of someone that looks like him once in Amaka’s phone. My parents sat on the other couch, facing them.

Now a different kind of fear settled on me. The man sitting beside Amaka looked to be in the no-nonsense variety of men. I was sure Amaka has told her the truth and he couldn’t wait to get his hands on the boy who had tampered with his daughter.

Soon I heard my name and my heart began spinning like a working blender.

Trembling as if from cold, I dragged into the living room to face judgement.

I stood before the non-smiling panel with my head bowed and eyes counting my wriggling toes.

I couldn’t look anyone of them in the face. Amaka’s father fixed his eyes on me and my chest tightened.

‘Chima, do you know this girl?’ my own father asked, pointing at Amaka.

I nodded in agreement.

‘She said it is you who put her in a family way, is that true?’ my father asked again.

‘My son, you are a disappointment,’ Papa started. ‘I sent you to school to obtain a degree, and instead of reading your books, you were busy going in between a girl’s legs.’

I lowered my head in silence; I couldn’t utter a word. Shame circled round me like a halo.

‘Chima, we would have asked you to marry Amaka but that’s not possible,’ my mother this time. ‘Because Amaka is your sister. The man beside her is my ex-husband.’

That was the last thing I heard before my mind blanked out.

I flew up from the bed, soaked in sweat and my eyes nearly popping out of their sockets.

Still trying to settle my breathing, my phone’s light came on beside me and it started to vibrate.

I checked; it was Amaka, the girl I met at our departmental night event about three days ago, that was calling.

I opened the back of my phone, removed the SIM card and swallowed it.