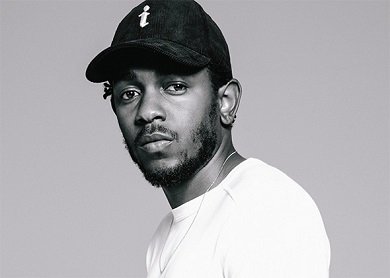 Chioma sat on the edge of her bed, fiddling with the brown envelope in her hands.

She was too scared to open it, for she knew the paper object contained an information capable of changing her life forever.

The envelope contained the result of the pregnancy test she’d done earlier that day.

Finally she summoned up all the courage there was to be found within her and tore the envelope open.

She read the report and her fears were confirmed.

She was indeed pregnant.

When night came, restlessness wouldn’t allow her to sleep.

A hundred horrid thoughts flooded through her mind.

She got up, picked her phone and called Ejike—the lanky boy who had put her in the grievous condition.

Ejike in the quick manner he talked was swift to proffer solution.

“Abortion,” he said. “You must have an abortion fast.”

Chioma shook her head. “No!”

She had heard many scary stories about girls who had lost their lives from complications of abortion. She wouldn’t risk it.

“Come on, there is nothing to be scared of. With the many modern methods available these days, the thing has become just as easy as pulling out an ingrown hair.”

Chioma still shook her head and said no.

“Do you want to keep the pregnancy then?”

“Likewise mine, so there is no other way!”

After mulling over Ejike’s words all through the night, Chioma finally decided to go through with it.

Early the next morning, she got ready and hurried off to the private clinic across the other side of town.

At the hospital, after getting registered by a dark, pimply nurse, she sat down at the lobby with other patients, waiting for her turn to see the doctor.

Seeing there were many other girls seated alongside her too, she wondered if they, too, also had come for an abortion.

She was already getting tired of waiting when a nurse called her name.

“Yes.” She stood and walked into the doctor’s office.

Inside the doctor’s office, she saw him bent over from his rotating chair, searching through a heap of folders on the ground.

Chioma nodded, looking round the office. The strong smell of drugs in the air only serve to worsen the nauseous feelings she was having.

Finally the doctor saw what he’d been looking for and turned to Chioma.

“Oh please sit down, my dear,” he said, gesturing.

“Thank you, sir.” Chioma took one of the seats.

The doctor asked her what she’d come for and she stammered it out.

“You are pregnant?” the man asked.

“So you do have unprotected sex with him?”

“That’s not safe. Apart from an unwanted pregnancy, you could also contract STDs.”

“So is this your boyfriend aware of your decision to have an abortion?”

“It was his decision, sir.”

“His decision, so what about yours?”

“Do you really want to have an abortion?”

“Why do you think that?”

“I’m still living with my parents, sir. They will throw me out if they find out that I am pregnant.”

“I see.” The doctor tapped the pen in his hand on the table.

“Why not discuss with the boy responsible and have him get married to you instead?”

“Ha. He is still in school, sir. Moreover his parents will never approve. They are very strict.”

“And how do you know that?”

Chioma put down her face.

“This your boyfriend, what is his name?”

Dr Madu’s lips burst open in shock. “Ha, another one?!” he said.

“Oya stand up! Go outside and join the other girls at the lobby. All of you are going with me to the house to meet him!”

Also by Carl:
My Sister’s Pregnancy [Winner of October DNB Awards]
Mistaken
If Cows Could Talk