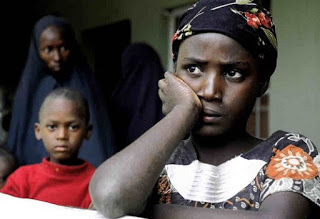 The United States has announced over $41 million in additional humanitarian assistance to people affected by the Boko Haram insurgency across the Lake Chad region.

The current amount brings their financial contribution to $359 million since the fiscal year 2015. The ongoing conflict has resulted in severe food insecurity with more than 6 million people in need of emergency food assistance, and 2.6 million people are displaced.

The Lake Chad region includes Nigeria’s northeast, it extends to parts of Cameroon, Niger and Chad; areas known to be targeted by Boko Haram attacks.

The U.S. Ambassador to the United Nations Samantha Power made the announcement at a high-level event on the humanitarian crisis in the Lake Chad Basin, on the sidelines of the just ended United Nations General Assembly. 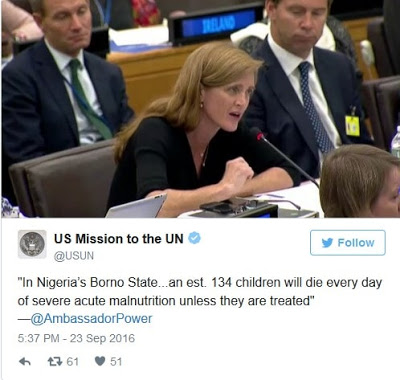 The UN estimates an additional $542 million is needed to meet the humanitarian needs of people in the region for the last quarter of this year.

The US also called on other donors to contribute additional humanitarian assistance for the millions of people in the region whose lives have been affected by Boko Haram violence.

One Comment on “The US to assist Nigeria with $41 million”