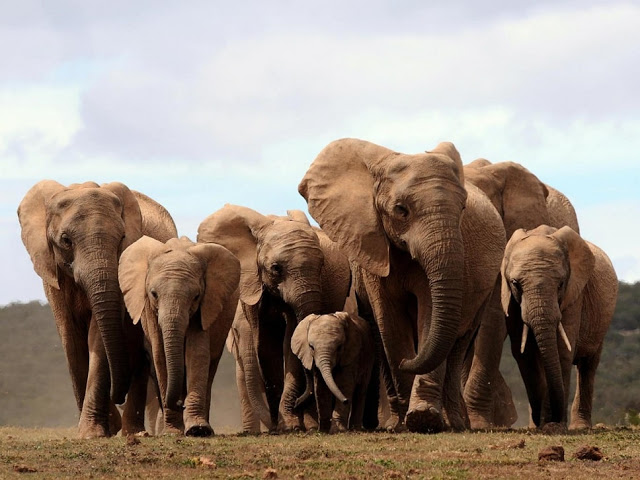 An increasing number of African elephants are now born tuskless because poachers have consistently targetted animals with the best ivory over decades, fundamentally altering the gene pool.

In some areas 98 per cent of female elephants now have no tusks, researchers have said, compared to between two and six per cent born tuskless on average in the past.

Almost a third of Africa’s elephants have been illegally slaughtered by poachers in the past ten years to meet demand for ivory in Asia, where there is still a booming trade in the material, particularly in China.

Meanwhile those African elephant populations that do survive could become virtually tuskless, like their Asian cousins, researchers have warned.

“Females who are tuskless are more likely to produce tuskless offspring,” said Joyce Poole, head of the charity Elephant Voices who has been tracking developments in the species for more than 30 years.

Dr Poole said that because poachers continued targeting tusked animals, almost half the females over 35 years of age have no tusks, and although poaching is now under control and the population is recovering well, they are passing the tuskless gene down to their daughters.

An unusual number of such elephants was recorded in 1997 while carrying out a research in Zambia’s North Luangwa National Park.

In 2008, scientists found that even among elephants that remained tusked, the tusks were smaller than in elephants’ a century before – roughly half their previous size.

Although not having tusks may protect elephants from poaching, it is not ideal.

“Tusks are used to dig for food and water, to dig up trees and branches and move them around, for self-defence and for sexual display,” the BBC reported.

“Conservationists say an elephant without tusks is a crippled elephant.”