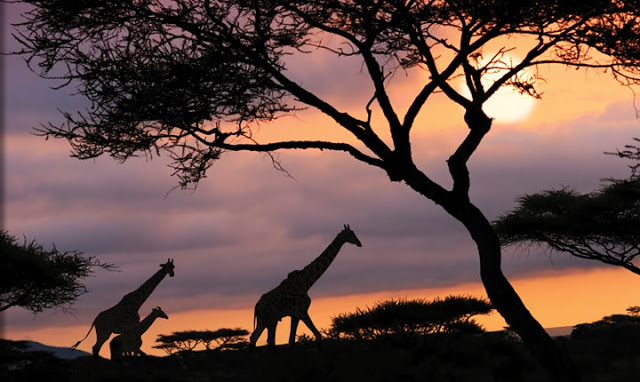 Africa is home to 54 nations, each with a different road map and agenda for growth and development.

From someone who has travelled extensively round Africa over 75 times and has been involved in a lot that had to do with leadership at various levels in different African countries, I feel the top ten priorities for a richer Africa are:

The Chinese are literally looting the nations in Africa of its mineral and natural resources and not paying the real value, or even one-tenth of it. Most top global mining companies pay royalties, but that is not the case with the Chinese. Sorry to be blunt here, but anyone who is on the ground knows the facts about what is happening.

2. Halting the obsession with imported goods

Come on, Africa, can’t you make your own toothpaste, or biscuits or soaps. Check what brand you use and take pride in buying your own products. The craze for foreign-made goods will only keep draining the value of your currencies.

Everyone in Africa wants to be a well-dressed, well-spoken graduate. How about the engineers, technicians, farmers, masons, electricians. 95% of the technical jobs done in Africa are by foreigners. And it’s not like there is an abundance of government jobs.

Stop treating your own self as a second class against the westerners. The presidents of the top 3 countries in Africa during a global meeting highlighted the need to be partners with the West rather than their nearby South, or taking expensive World Bank loans, in the end creating a debt-based economy. Stop pitying yourself. It’s time to make new friends with India, the Latin, Russia and the Rich Gulf countries.

Food is scare and Africans should reform their farm and land acquisition schemes. There are huge land banks available yet Africans are without land ownership. Agriculture should be made top priority.

Job creation should be top priority in every nation in Africa. Government and the ruling class should strive to involve the youth who are often wasting away their time and talent in well-paying decent endeavors.

Visa policies are so old. The world is now a small global village. Look at Dubai, how easy it is for tourists to come in. There are 3 billion Asians of which 10% are rich (300 million) who can become Africa’s potential tourist patrons if given visa on arrival. Traveling to Africa is so burdensome to prepare for if you are not a westerner. Learn from Dubai.

Many African countries export raw materials but are not able to process. Eg. Oranges are exported in bulk and you receive imported packaged juices. You export gemstones and diamonds to India who cut and polish them and then sell at 600% premium globally.

This is the time to have real democracy and shun all forms of dictatorship. Eg. The recent incidents in many African countries including SA.

This is actually top amongst all the issues of Africa. Africa and Africans should stop giving and accepting any form of interest in corruption. Rwanda could be called the best country in Africa today because its leadership and government has zero, yes zero, tolerance for corruption.

Sandeep Mehta has travelled to 40 countries and been to around 100 cities across the globe.