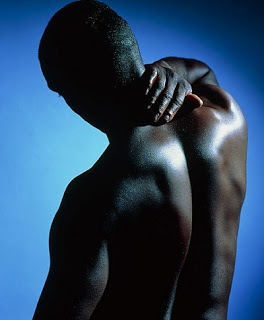 Since the existence of man, the worst things have always happened to the Black race.

What possibly could be the worst event the Black race has ever experienced?

1. Colonization: The Scramble for Africa

During the 19th century, European countries saw Africa’s richness in natural resources and decided that it would be a great place to conquer and colonize. Each European country raced to the continent and treated it like a huge buffet table; but perhaps forgot to ask Africa “Are you going to eat that?”

The continent of Africa has been vastly exploited for its resources, corruption and theft being the foundation of the governments formed after independence.

After all these, Europeans then decided they needed people to work for them, but for FREE. Enslaved Africans were the first type of slaves in history to be owned by law, and were treated as property that could be sold, beaten, or killed at owners’ consent.

Slavery stripped Black people of common human rights, tore apart societies, and is one of the worst events to ever happen to a group of people.

One of the greatest tools of enslaving Africans was Christianity. Their strategy was to send missionaries and military to embrace and accept their message as Africans were very religious. What they did not anticipate was the ass-whooping the military had in store for them.

Christianity not only played a role in tricking Africans, it also was used to make whites believe slavery was not a negative act. White populations were taught that Africans didn’t have souls, so many embraced the idea of owning Black people.

Religious wars have since turned African countries into uncivil places for anyone.

If something is law, then it must be right? Right? Of course not. This is evident by what we have witnessed with Jim Crow laws, apartheid, and the numerous other laws that have stripped Blacks of our human rights.

In 2008, an estimated 22.4 million people in sub-Saharan Africa were living with HIV/AIDS.

3 Comments on “5 Worst Things That Happened To Black People!”