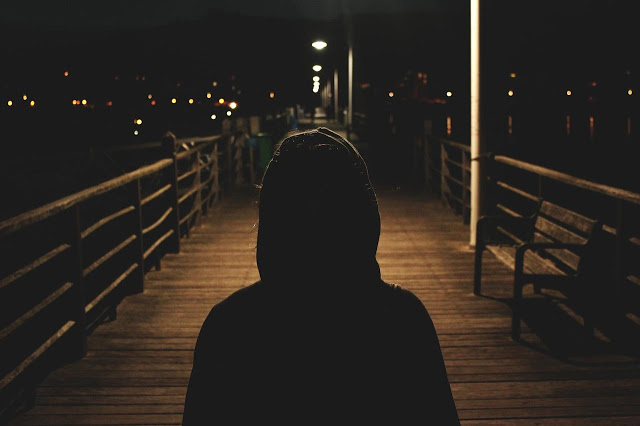 For a while, the residents of Manitoba Colony thought demons were raping the town’s women.


There was no other explanation.


No way of explaining how a woman could wake up with blood and semen stains smeared across her sheets and yet no memory of the previous night.


No way of explaining how another went to sleep clothed, only to wake up naked and covered by dirty fingerprints all over her body.


No way to understand how another could dream of a man forcing himself onto her in a field—and then wake up the next morning with grass in her hair.


Friedman-Rudovsky covered the incredible story behind the ghostly rapes for TIME Magazine in 2011 when nine men were caught and charged in a Bolivian court.


For Sara Guenter, the mystery was the rope.

She would sometimes wake up in her bed with small pieces of it tied tightly to her wrists or ankles, the skin beneath an aching blue.

Mennonites (Christian groups named after the late Anabaptist priest Menno Simons) are similar to the Amish in their rejection of modernity and technology, and Manitoba Colony, like all ultraconservative Mennonite communities, is a collective attempt to retreat as far as possible from the world of nonbelievers.

A slight breeze of soy and sorghum came from the nearby fields as Sara narrated her ordeal:

How, in addition to the eerie rope, on those mornings after she’d been raped she would also wake to stained sheets, thunderous headaches, and a paralyzing lethargy.

Her two daughters, 17 and 18 years old, squatted silently along a wall behind her, staring with fierce blue eyes.

The evil had penetrated the household, Sara said.

Five years ago, her daughters also began waking up with dirty sheets and complaints of pain “down below.”

The family tried locking the door; some nights, Sara did everything she could to keep herself awake.

On a few occasions, a loyal Bolivian worker from the neighboring city of Santa Cruz would stay the night to stand guard.

But inevitably, when their one-story home—set back and isolated from the dirt road—was not being watched, the rapes continued.

Manitobans aren’t connected to the power grid, so at night the community is submerged in total darkness.

“It happened so many times, I lost count,” Sara said in her native Low German, the only language she speaks, like most women in the community.

In the beginning, the family had no idea that they weren’t the only ones being attacked, and so they kept it to themselves.

Then Sara started telling her sisters.

When rumors spread, “no one believed her,” said Peter Fehr, Sara’s neighbor at the time of the incidents.

“We thought she was making it up to hide an affair.”

The family’s pleas for help to the council of church ministers, the group of men who govern the 2,500-member colony, were fruitless—even as the tales multiplied.

Throughout the community, people were waking to the same telltale morning signs: ripped pajamas, blood and semen on the bed, head-thumping stupor.

Some women remembered brief moments of terror: For an instant they would wake to a man or men on top of them but couldn’t summon the strength to yell or fight back. Then, gradually, things would fade back to black.

Some called it “wild female imagination.”

Others said it was a plague from God.

“We only knew that something strange was happening in the night,” Abraham Wall Enns, Manitoba Colony’s civic leader at the time, said.

“But we didn’t know who was doing it, so how could we stop it?”

No one knew what to do, and so no one did anything at all.

After a while, Sara just accepted those nights as a horrific fact of life. On the following mornings, her family would rise despite the headaches, strip the beds, and get on with their days.

Then, one night in June 2009, two men were caught trying to enter a neighbor’s home!

The two ratted out a few friends, and, falling like a house of cards, a group of nine Manitoba men, ages 19 to 43, eventually confessed that they had been raping Colony families since 2005.

To incapacitate their victims and any possible witnesses, the men used a spray created by a veterinarian from a neighboring Mennonite community.

He had adapted this numbing spray from a chemical used to anesthetize cows.

According to their initial confessions (which they later recanted), the rapists admitted to—sometimes in groups, sometimes alone—hiding outside bedroom windows at night, spraying the substance through the screens to drug entire families, and then crawling inside.

But it wasn’t until their trial, which took place almost two years later, in 2011, that the full scope of their crimes came to light.

The transcripts read like a horror movie script: Victims ranged in age from three to 65 (the youngest had a broken hymen, purportedly from finger penetration).

The girls and women range from married, single, residents, visitors, and the mentally infirm. Though it’s never discussed and was not part of the legal case, residents privately described how men and boys were raped too.

In August 2011, the veterinarian who’d supplied the anesthetic spray was sentenced to 12 years in prison, and the rapists were each sentenced to 25 years (five years shy of Bolivia’s maximum penalty).

Officially, there were 130 victims—at least one person from more than half of all Manitoba Colony households.

But not all those raped were included in the legal case, and it’s believed the true number of victims is much, much higher.

In the wake of the crimes, the women were not offered therapy or counseling.

There was little attempt to dig deeper into the incidents beyond the confessions of the culprits.

And in the years since the men were nabbed, there has never been a colony-wide discussion about the events.

Rather, a code of silence descended following the guilty verdict.

“That’s all behind us now,” Civic Leader Wall told Friedman-Rudovsky on his last visit to Manitoba. “We’d rather forget than have it be at the forefront of our minds.”

Aside from interactions with the occasional visiting journalist, no one talks about it anymore.

But over the course of a nine-month investigation, including an 11-day stay in Manitoba, it was discovered that the crimes are far from over.

In addition to lingering psychological trauma, there’s evidence of widespread and ongoing sexual abuse, including rampant molestation and incest.

There’s also evidence that—despite the fact that the initial perpetrators are already in jail—the rapes by drugging continue to happen.

The demons, it turns out, are still out there.

The only defense, residents described, is to install better locks or bars on the windows, or big steel doors.

“We can’t put in streetlights or video cameras,” the husband of a victim of the rapes was quoted saying—two technologies not allowed.

As he described, for the rapes to stop, they believe they must, as before, catch someone in the act again.

“So we will just have to wait till that happens,” he said.

On another visit to Sara, the woman who woke up with rope around her wrists nearly five years ago, she said she’d also heard the rumors that the rapes are still happening.

She and her family had moved to a new house after the gang of nine was captured in 2009.

The old house held too many demon-filled memories for her.

She said she feels really bad that others are now living her past horrors, but she didn’t know what could be done.

After all, her time on earth, like that of all her fellow Mennonites, was meant for suffering, she declared.

Finally, she offered what she considered words of solace: “Maybe this is God’s plan.”