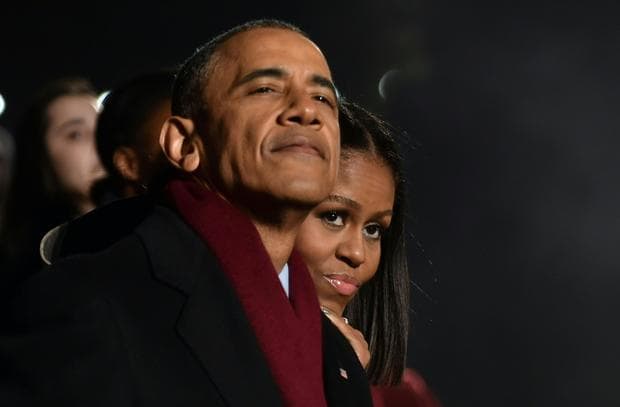 “I grew up 4 blocks from the Robinson family, played basketball with Michelle’s older brother Craig and was a casual acquaintance.

Only saw Michelle once in a blue moon. She was always on her way to do something. She was tall, regal and with a precise way of speaking. She literally and figuratively was going places.

Years later, while working at the Chicago Urban League, I was working to get minorities hired in an asbestos removal project.

My boss told me to go to a meeting being held in the projects [group of low-rent apartment buildings] by this guy named Barack Obama. After hearing him speak that night, my first thought was “this dude could become the president.”

He was cool, self-assured, extremely articulate and easily the smartest guy in the room.

“This is rather a vicarious experience:

My friend in Chicago said one day it was raining and she was walking to her car at the store, her arms full of groceries, and this guy in a shirt and tie came up out of the rain, politely offered to help her, and then said he was running for a local office and that he would appreciate her vote.

He handed her a printed page of something.

She was really struck that a candidate would be wandering in the rain like that, campaigning. It stuck in her mind, and she did later vote for him. That young guy was young Barack Obama.”