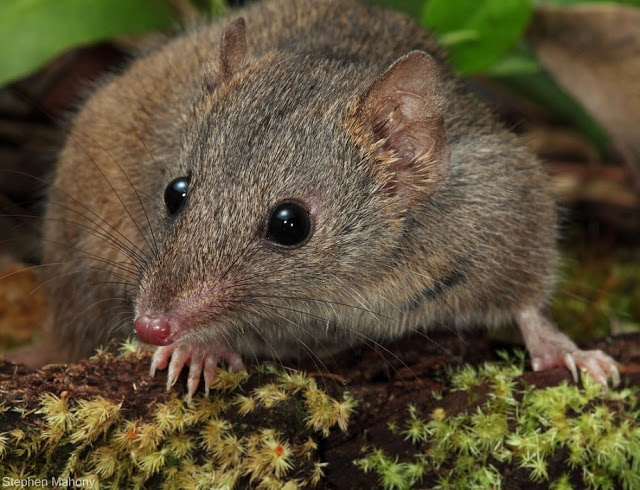 Of all the species that practise the rather strange reproductive strategy called semelparity or suicidal reproduction, in which animals concentrate all their reproductive energies into one bout of mating before their death, the case of the Antechinus might as well be the most bizarre.

The male Antechinus literally mates itself to death!

Individuals usually only live long enough to breed once in their lifetime.

The male Antechinus die in large numbers after mating with as many females as possible in sex sessions lasting up to 14 hours at a time.

During the breeding season, males will attempt to mate with as many females as possible in long, laborious bouts, driven by high levels of sex hormones.

The mouse-like creature, which only lives for a year, has sex so often in the last two weeks of its life that it loses all its fur, becomes infected, bleeds internally and eventually dies.

Dr Diana Fisher, 46, a fellow at the University of Queensland, whose research was funded by the Australian Research Council, found that the key to the animal’s bizarre behaviour lies in the way it produces sperm.

“I bred a few in captivity for research purposes and it’s quite difficult to watch them go at it so hard that they eventually die,” Fisher says.

At the end of the two-week mating season, almost the entire male population had died out.

Dr Fisher said: ‘They make a lot of sperm until they have very large testes. Antechinuses only produce a finite amount of sperm – and they can only produce it once in their lifetime.

“They then mate with as many females as possible before they naturally lose all the sperm they have produced. Even urinating can cause them to lose sperm.

“The ones who die are actually the lucky ones, because they have passed their genes on to the next generation.

“The competition between the male Antechinuses is good for the species – the females get the benefit of the competition because there’s a very good chance most of them will become pregnant.”

Hormones released by the sperm production allow the marsupial to stay awake constantly during mating season, allowing them to have sex with more females.

Until Fisher’s experiment, some scientists previously believed that the males are only being selfless, sacrificing themselves to leave more resources for the next generation.

But Fisher and her team found a clear relationship between suicidal reproduction and testes size. The biggest testes of all, relative to body size, belong to species whose males die en masse, followed by those where a minority survive to mate again, and then by those with several breeding seasons.

“The males that put the greatest efforts into sperm competition fathered the most young. It didn’t matter if they burned themselves out in the process, if they metabolised their own muscles to fuel their marathon bouts. These animals are short-lived anyway, so putting all their energy into one frenzied, fatal mating season was the best strategy for them. Living fast and dying young was adaptive.”

“Antechinus mating habits have appeared in many documentaries, and the explanation of males selflessly sacrificing themselves to increase food supply for young is the one given in all the ones I have seen,” says Fisher.

“I hope that documentaries and textbooks now start to give an evidence-based explanation of sexual selection.”

“Poor little guys – you just have to feel sorry for them.”

One Comment on “The small mammal that kills itself with sex!”