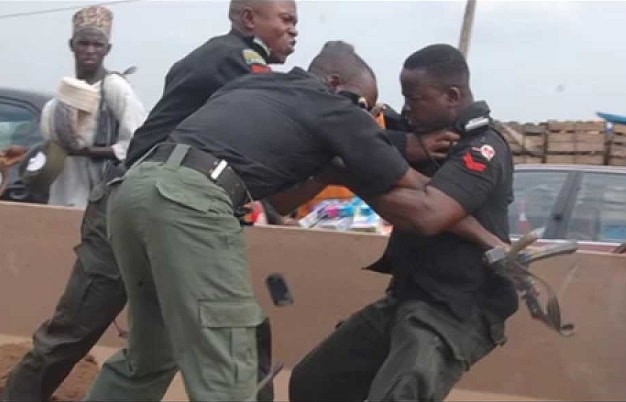 Let me summarize the Nigerian Police for you.

The Nigerian Police is the best police force you can buy. Cheaply.

While all police forces have some degree of corruption in them, the Nigerian Police had turned it into an art form.

They are all corrupt. From the lowest to the highest.

Their checkpoints are everywhere in the country and the sole purpose of this is for collection of cash. 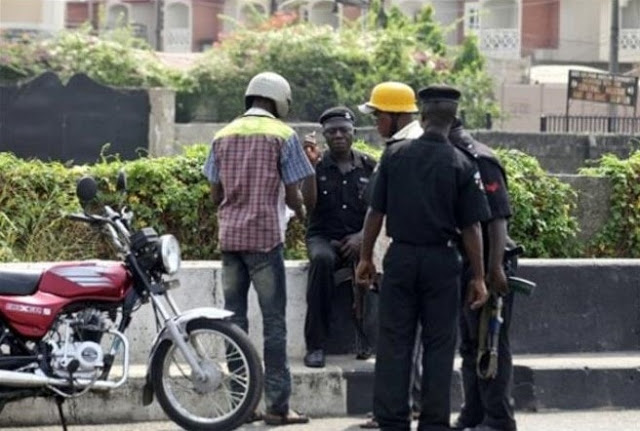 They look you over and classify you into two groups. The bribe group and the beg group.

To fall into the beg group means you look respectful, of the right age and not likely to have anything incriminating in your car and all your papers are in order.

It usually goes like this: “Morning sir, anything for your boys today. We are in the rain.”

For the sad taxi driver it is this. It is expected, and the money has to be ready for collection.

And for the bribe group; that’s a whole new level entirely. What you pay will depend on how good you can bargain, or how solid your contacts are.

A single strong phone call can get any criminal free from the police.

The road-side extortion does not stop with the cops at the checkpoint. It is understood that a certain amount has to be returned to the commander.

Or you will be posted to a less lucrative checkpoint.

Here is is picture of a cop doing his “accounts.”

You can easily get away with murder in Nigeria, depending on how loaded you are. I have seen it happen personally.

Well not a homicide, but a manslaughter. A very rich person’s son was drag racing many years ago. Killed a man on a motorbike.

The mother saw the commissioner and the police involvement stopped immediately.

She saw the police pathologist and the patient now died two days later from embolism in hospital. No longer crashed by a car two days earlier.

She saw the family of the victim and they got more money than they were ever to see in their life time.

Whatever you do, never get taken back to their police station.

Bribe fast and go your way.

Your problems just tripled on arrival to the station. A guy I know was accused of kidnapping the arresting officer.

The Nigerian Police are dangerous to citizens.

Assault and extrajudicial killing are commonplace.

A story of a family friend, a fellow Afro-Russian like me.

His family lived in a posh area of Benin city. He sneaked out late at night to see a girl and was killed by a policeman.

The father was a former high official in the state. A big man’s son.

So his body was found with several gunshots to the chest.

He was dressed all in black and was wearing a mask.

His body was found among other “bandits” killed that night and dumped behind the police station.

The strange thing which the police could not explain, was how the bullets got into his chest without even a hole in the black T-shirt he was found in.

The Policeman has long been hung for the boy’s murder. He made a big mistake. He killed a big man’s son.

Think of how many “bandits” they kill everyday that are not children of influential people. They are killed in public, in broad daylight or even while in custody, and never any sort of investigation will take place.

So just be glad if only this happens to you:

On a lighter note, only probably in Nigeria can you hire the police.

Just fill a form, pay off the brass and give the cop some pocket money.

Now you can have this umbrella stand: 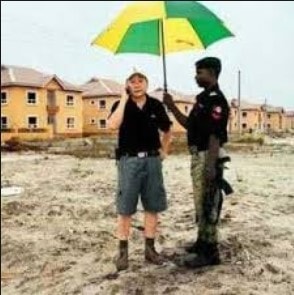 Or perfect for taking your wife shopping:

Or just let him sit outside your gate:

Or just relax on your floor:

They have no discipline. Fighting in public is not uncommon. Usually over money.

Yet they are known cowards.

Rarely do they actually have a shootout with real bandits.

That is if they have the misfortune of meeting them.

The bandits are now so bold that they go towards the police. Recently there was a robbery in town. Not far and within sight of two policemen on guard duty.

As soon as the bandits drove off, the police started shooting in the air. So the bandits turned around. The police did what they do best.

The police needs to be totally replaced with properly trained new people. The current ones are irredeemable.

I would like to give a guest mention to these people too.

Whose purpose is to harass the drivers of nice cars.

All in the aim of extorting money off you.

Ironically, using bad dangerous parts of the road as a roadblock.

Or better still, their bodies.

No one stops for them otherwise. They claim to enforce safety, but actual road safety starts by dodging them in whichever way you can.

“The first step to change is facing the truth” __ Boris Ezomo.

All images thanks to Google.