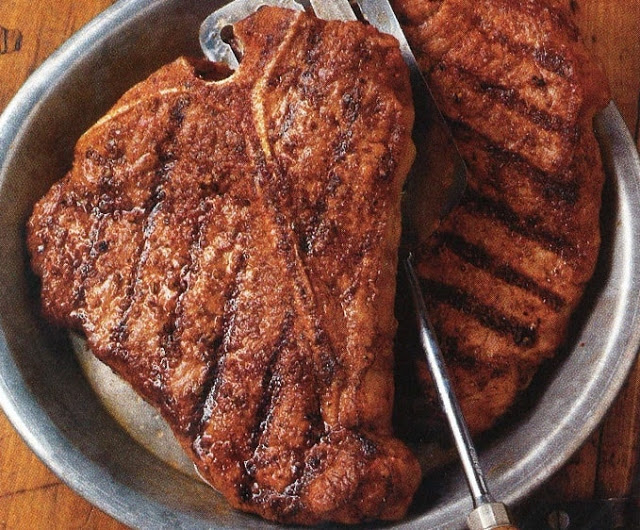 If you are Nigerian, there’s every chance you know, and have eaten, “biscuit bone” before.

Most likely called so because of its crunchiness, biscuit bone is what Nigerians used to refer to cartilage found in meat.

Not just any cartilage, but the white and dense ones, very often seen in beef. So liked is biscuit bone by Nigerians that some people prefer it to whole, lean meat.

Some delicacies specifically asks for it too, e.g. Moi-Moi, Ekpang Nkukwo or even pepper soup.

While some have claimed the term “biscuit” came from the mistaken pronunciation of “brisket” (as in “brisket bone”) a lot of people still maintain the name was no mistake.

“Biscuit bone is just cartilage,” Samuel, a schoolteacher in Lagos, says. “We call it so because of how it feels in the mouth when chewed.”

“I always thought it is a colloquialism,” says Daniel Nkado, DNB‘s chief editor.

“Brisket is a cut of meat from the breast or lower chest of cattle. Saying brisket bone would mean a kind of bone found in brisket [meat from animal’s breast], but we all know that what we call “biscuit bone” can be found anywhere in the cattle, from head to toe.”

According to the Jade Institute, cartilage is rich in collagen, glucosamine, chondroitin sulfate and elastin, as well as other nutrients.

While not common in American diets, bone cartilage (also known as gristle) is often found in Asian and Southeast Asian cuisines.

It can be used as a soup or stew ingredient, as a thickener for broths or eaten seasoned on its own.

In Asian cultures, eating cartilage is believed to promote healthy skin, joints and hair. However, these purported health benefits are not yet supported by Western research.

Whether ‘biscuit bone’ or ‘brisket bone’, it is certain Nigerians will continue enjoying their ‘special bone’ for many generations to come!