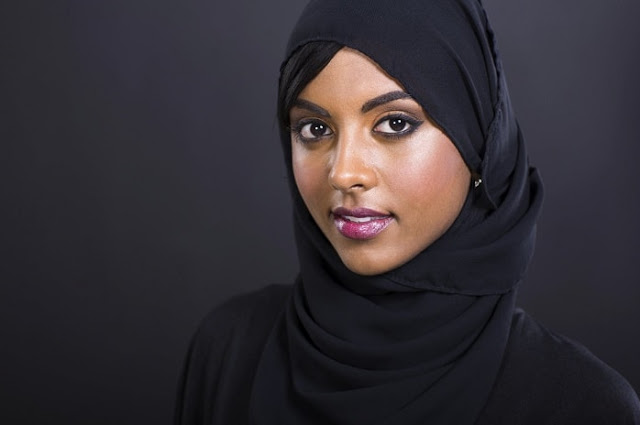 The Kingdom of Saudi Arabia, the only country in the world that forbids women from driving a car just announced that women will be allowed to obtain drivers’ licenses for the first time in June 2018.

The announcement that Saudi Arabia will finally allow women to drive has been hailed as an impressive turning point for gender equality, but the kingdom still has many other laws in place that restrict the rights of women, activists say.

Here are 13 things — among others — women in Saudi Arabia cannot do freely due to the country’s strict laws and custodial policies.

Women in Saudi Arabia cannot wed without the consent of their male guardians, according to the Human Rights Watch report.

A woman also needs a male guardian’s permission to divorce her spouse. And until the divorce is finalized, a woman’s husband remains her legal guardian throughout the process, according to the Human Rights Watch report. Moreover, men may petition the courts to forcibly divorce a female relative from her husband if they deem the marriage “unfit,” the report found.

3. Have custody of children

Women cannot be given custody of their children in a divorce once the kids have reached the age of 7 for boys and 9 for girls, according to the Human Rights Watch report.

Women cannot obtain passports or identification cards without permission of a male guardian, according to the Human Rights Watch report.

Women are not allowed to travel abroad without male permission, and they are often not permitted to leave home alone, according to the Human Rights Watch report.

Women who are convicted of a crime and serve a sentence behind bars cannot leave prison without the permission of a male guardian, according to the Human Rights Watch report.

In most cases, the guardian usually refuses.

“There is this feeling that she brought shame upon her family and the honor of her family has been damaged and therefore the guardian won’t come and free her,” Ahmed Benchemsi, advocacy and communications director for Human Rights Watch’s Middle East and North Africa division, told ABC News.

Women need the permission of a male guardian to open their own bank account, Benchemsi said, and they can’t open bank accounts for their children without written consent from the child’s father, according to the Human Rights Watch report.

There are few careers in Saudi Arabia that women are allowed to pursue without a male consent, according to the Human Rights Watch report, and some companies don’t even want to hire women.

9. Dress how they want

Saudi Arabia adheres to a strict version of Sharia, or Islamic law, in which all women must cover their bodies and hair when appearing in public. A headscarf and an abaya, a full-length, loose-fitting robe, must be worn, according to a fact sheet from the U.S. State Department.

Women must limit conversations and physical closeness with men who are not family members. They are also segregated from the opposite sex in public spaces including banks, offices, restaurants, and universities, which have a separately designated family section and a section reserved for men, according to the U.S. State Department.

Under Saudi Arabia’s Sharia inheritance laws, daughters only receive half of what their brothers are entitled to, according to the U.S. State Department.

The testimony of a man in Saudi Arabia’s courts equals that of two women, according to the U.S. State Department. In other words, a woman’s statement is only worth half of a man’s.

While the State Department notes that Saudi women can make their own determinations regarding hospital care, the Human Rights Watch report found that a guardian’s permission is required for certain medical treatments, including elective surgery and even life-saving procedures.

Women are not allowed to use public swimming pools available to men and can swim only in private ones or female-only gyms and spas. Reuters editor Arlene Getz describes her experience of trying to use the gym and pool at an upmarket Riyadh hotel: “As a woman, I wasn’t even allowed to look at them (‘there are men in swimsuits there,’ a hotel staffer told me with horror) – let alone use them.”


15. Try on clothes when shopping

”The mere thought of a disrobed woman behind a dressing-room door is apparently too much for men to handle,“ says Vanity Fair writer Maureen Dowd in A Girl’s Guide to Saudi Arabia.

Other more unusual restrictions on women’s lives include entering a cemetery and reading an uncensored fashion magazine.

However, adds Dowd, everything in Saudi Arabia “operates on a sliding scale, depending on who you are, whom you know, whom you ask, whom you’re with, and where you are.”

The National Geographic also confirmed things are slowly beginning to modernize in Saudi Arabia and some of these laws are now no longer as strict as they used to be.