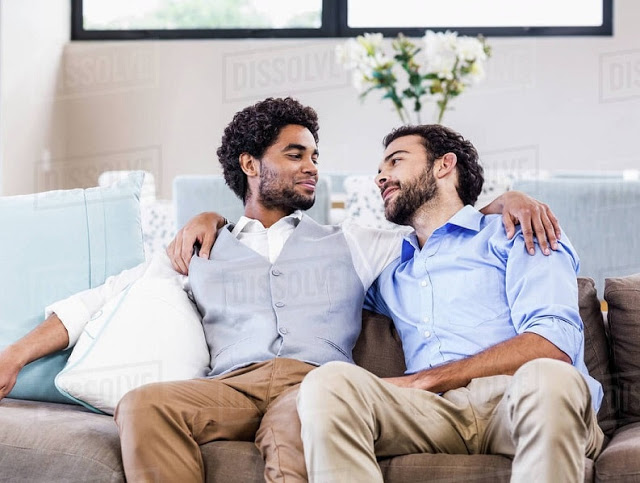 Saudi Arabia is well known for its strict stand against same-sex relations.

Just as in Sudan and Yemen, homosexuality is punishable by death under sharia law in Saudi Arabia. Homosexuals in Saudi Arabia live every day with the risk of being arrested, imprisoned and beheaded.

Earlier this year, Luxembourg’s prime minister, Xavier Bettel (who is married to a fellow man) confronted Arab leaders over the repression of gay rights, telling them his same-sex marriage would condemn him to death in some of their countries.

While LGBT oppression may seem the cruelest a nation can be (killing their citizens for who they choose to love), Sharia Law is even stricter when it comes to male-female interaction.

If you are a man and seen with a woman who is not escorted by her husband, you can be arrested, imprisoned and beheaded too.

Every adult male in Saudi Arabia knows it is much safer to be with members of your own sex than mingle with women.

A man and a woman going into a hotel together in Saudi Arabia will be reported to the police.

The duo will be immediately arrested and imprisoned if they are not married. But two men do this all the time, and it’s quite acceptable because rich Saudis use private rooms as “game rooms” away from their families to watch TV and play video games (and–oh–have sex!).

Same-sex relations may be prohibited in Saudi Arabia but the country still boasts of a great number of gay people.

And as long as you are secretive about your actions, everything will be fine. This is the reason the rich gays are rarely caught and punished.

The result is that Sharia law has made it much easier and safer to have gay relationships than straight ones.

A man cannot “date” a woman, but he can have male buddies and they can go anywhere and do whatever they want. Women are treated similarly, except many don’t have the freedom to leave their own house.

Ironically, there is more homosexual activity in Saudi Arabia than any other country on the planet because the opposite sexes are forcibly separated.

Homosexual behavior sort of now becomes the only outlet.