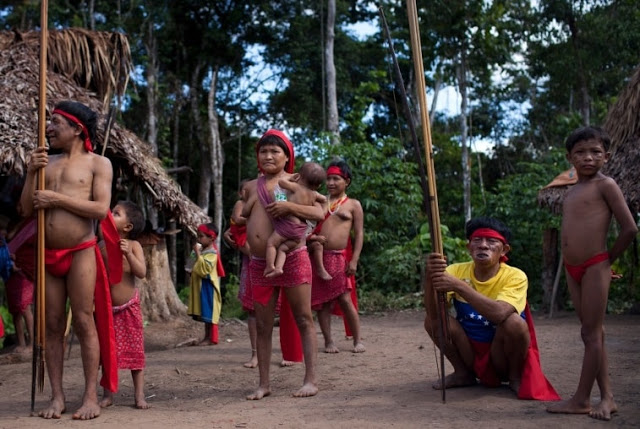 Definitely not the kind of story you hear very often.

Daniel Everett was a missionary sent to meet the Pirahã tribe far away in the Brazilian Amazon to “translate the Bible for them, and ultimately bring them to Christ.”

Now here’s a slight twist to the story:

Instead of converting the tribe to Christianity, the Pirahã tribe brought Daniel to atheism.

Tribe members asked the missionary whether he had seen or experienced any of the things he was telling them about.

Everett had to admit that he hadn’t; that he was simply passing things onto them that were told to him by people who hadn’t seen or experienced them either.

According to Everett, the Pirahas believed that the world was as it had always been, and that there was no supreme deity.

They also did not believe in the afterlife.

Furthermore they had no creation myths in their culture. In short, here was a small community of people who were more than happy to live their simple, uncomplicated lives.


In his book, Don’t Sleep, There Are Snakes: Life and Language in the Amazonian Jungle, Everett wrote:

“The Pirahãs have shown me that there is dignity and deep satisfaction in facing life and death without the comfort of heaven or the fear of hell and in sailing toward the great abyss with a smile.”

Despite Everett translating the Book of Luke into Piraha language and reading it to tribe members, the Pirahas sensibly resisted all his attempts to convert them.

According to a report in the New Yorker:

Seeing the way the Piraha assigned no spiritual meaning to the Bible, Everett finally admitted that he did not, either, eventually declaring himself an atheist.

In one review of Everett’s experience, the story was summarized thus:


[The Pirahã] pointed out that Everett simply had no proof for the supernatural world he described, and in the end he found himself agreeing with them.

He left the church, choosing a world that more honestly integrated his goals as a scholar with the world view of his Pirahã friends — one where evidence matters.