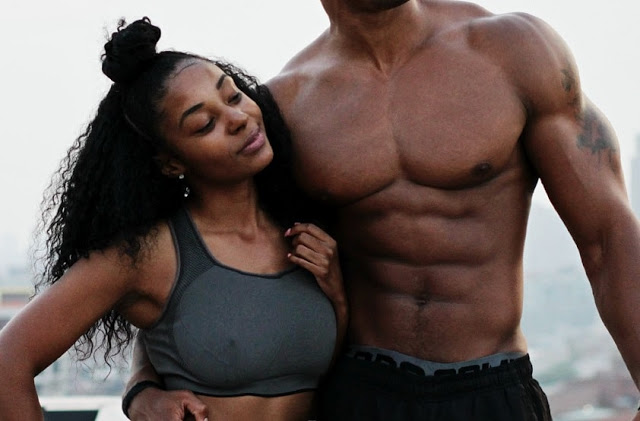 Yes, in our relationship, I’m the feminist.

My girlfriend tells me that my being a feminist both frustrates her and makes her a better person at the same time.

My girlfriend got a flat once and called me.

“I got a flat tire,” she said. “I have no clue how to change it! Can you please come over and fix it for me?”

Note that she didn’t know how to change a flat tire because her dad always took care of the “car stuff” for her.


Of course, I got in the car and drove over to her location.

Once I arrived, I said to her, “Okay, let’s get started. What do you think you should do first.”

She looked at me with a confused expression. “What do you mean me?” she said. “I don’t know anything about cars!”


“Exactly!” I proclaimed. “That’s going to change. You’re an able-bodied woman and there’s no reason you should not know how to change a tire.”

So, I proceeded to talk her through everything, having her do most of the work.

She ended up doing 95% of everything herself.

Hell no! She was fairly pissed that I didn’t do it for her.

But, the important thing is she now knows how to change a tire, and that’s a very good thing.

See, I tend to define love in a completely different way than most.

In my eyes, love is about empowering one another, making each other better people. In any relationship, I feel the most important thing is to have a positive net effect on the other person.

In other words, if he or she leaves, they leave a stronger, smarter, more empowered person than before.

The common definition of love I find the exact opposite. It’s about creating dependencies and disempowering the partner and having a negative net effect, especially for the women. Traditionally, a woman may marry a man, the man encourages the woman, either consciously or subconsciously, to become dependent on them.

Me man; you woman!


If the woman leaves/divorces, it’s common for her to leave with less, not more. That’s one reason why they had to create divorce laws that ensured the woman had enough resources to support herself: e.g. alimony, child-support, splitting of assets, et cetera.

This traditional definition of love and marriage is destructive, not constructive, which I find despicable. That’s why I’m a feminist.

Justin Lowery is an information and interaction designer, front-end developer and usability consultant with a strong domain knowledge of the healthcare field.

Read below, Justin’s girlfriend’s version of the story: 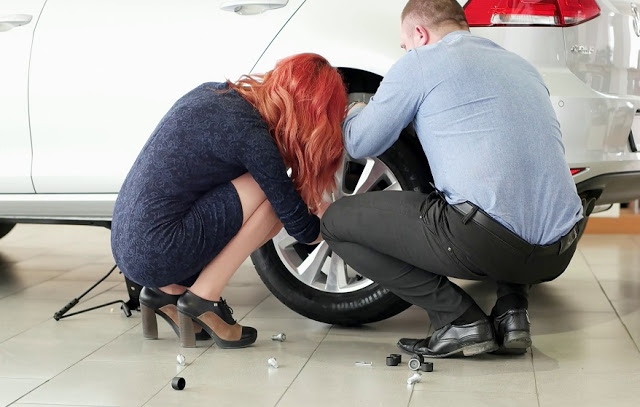 Hello, I’m the girlfriend in Justin Lowery’s story, and I’d like to share my experience and point of view.

Yes, that day I had just finished an eight-hour shift at the hospital and while I was on my way home, my car decided to hate me (I pretty much hated it too).

Bam, flat tire! Since I couldn’t change the tire myself, I called Justin.

He shows up after a few minutes and told me that I was going to change the tire myself, and that he was just going to walk me through it.

After a bit of back and forth, I got pretty angry and ended up having a minor meltdown, which included calling my father and demanding that he make Justin fix the tire for me.

In the end, even my dad told me to “get over it” and doing it was the best way to learn.
So, I gave in and just went to work changing this damn tire.

Amazingly enough, I did it, with very little help from Justin. I have to admit that he was right, and boy do I hate when he’s right (Let’s just keep that “he was right” thing between us;)

Here’s the thing, after 13 years of being with Justin, I’ve become pretty accustomed to him constantly challenging my preconceived notions of my own limitations as well as my notions of the world around us.

In the short run, he frustrates the hell out of me, but in the long run, I know more now than I would have ever known if it wasn’t for him.


Honestly, I don’t remember all the steps to change a tire, and I will call Justin again when I get a flat tire, but I know if I’m ever in a situation where he will be unavailable to help me, I know that I can do it myself if needed.

That knowledge is quite comforting.

So what’s it like to date a (male) feminist?

It’s got its pros and cons, but from my perspective, the pros most definitely out-weigh the cons.

I was raised by a very independent woman, so dating Justin wasn’t too much of a shock to my system. From the beginning Justin has pushed me to be an independent, self-sufficient woman.

One of my biggest fears is to be financially dependent on a man and caught in a situation where you want to leave, but can’t afford to.


To this day, Justin and I do not share any finances.

In the event that this relationship does not work out, we are free to leave without having any legal or financial ties to one another.

He has encouraged me to find a career where I could build a life without depending on anyone, be it him or my parents.