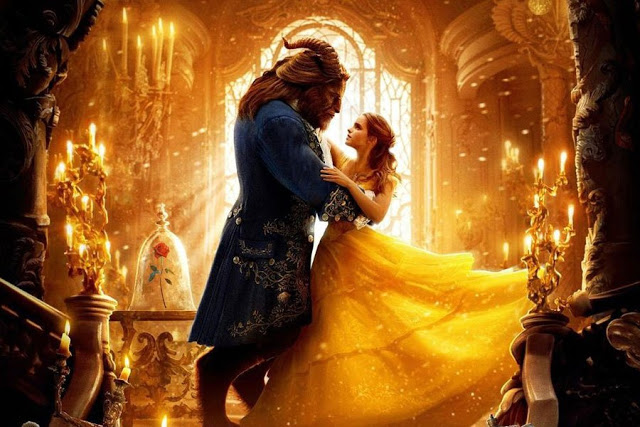 It’s truly a tale as old as time.


While the famous Disney cartoon might have looked too fictitious to be true, believe it or not, Beauty and the Beast stems from real-life events dating back to the 1500s.

The beast’s name was Petrus Gonsalvus, a boy born covered in hair and regarded by many to be a monster.

Gonsalvus never wanted to be called a beast. But it was the year 1537, and in that time, people with interesting “peculiarities” were a hot commodity in royal courts.

At the young age of 10, Gonsalvus was taken to King Henry II’s court in a cage.

Likened to being a real-life wolf-man, Gonsalvus the “monster” was a monster hit amongst curious noblemen and women.

People awaited the reputed “man of the woods” to bare his teeth and reveal his savage side. But that day never came. Gonsalvus’s even-keeled temperament persisted.

Today, we know that this wolf-man was no beast — just a kid who suffered from an extremely rare condition called hypertrichosis, a disease that results in hair growing all over a person’s body.

Unsure of what to make of the small and feral-looking boy, Henri II decided to try and educate what was a “demi-human” in many people’s eyes. Locked in a barren room, he was given raw meat and animal feed for sustenance.

The furry boy soon became versed in not just the basics of literature, but in the etiquette of nobility.

He quickly became a court asset, attracting ambassadors and foreign dignitaries into his company. He took to wearing lavish robes with high collars to compliment his furry face.

No more did he dine on the butcher’s trimmings, but instead the fine dining his royal stewards had to offer.

According to the tale, Catherine de’Medici, King Henry II’s wife who took over the throne after he died, made finding Gonsalvus a wife her personal mission.

She had ulterior motives, though — in marrying Gonsalvus off, she also hoped to reproduce his genetic condition in his offspring.

Acting as the dating app of the 16 century, she kept Gonsalvus’ condition a secret.

She was seeking a strong woman who wouldn’t be put off by someone unconventional.
After a thorough search, Catherine settled on a woman who shared her name — Catherine.


It’s rumored that, at first, this arranged marriage was a bitter pill for the young beauty. Clearly, Catherine hadn’t been expecting a nobleman in a hairy wolf’s package.


Yet in a series of events straight out of Beauty and the Beast, Catherine was eventually won over by her “beast’s” personality. 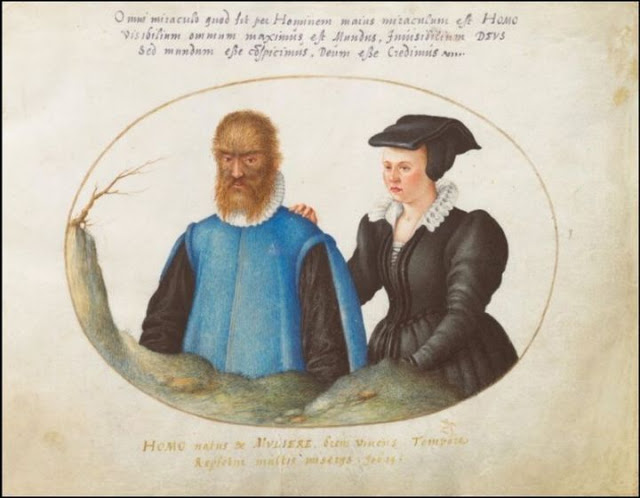 The pair was married for 40 years and they produced seven children, three of whom were born with hypertrichosis, the same condition their father had.

Sadly, Europe’s traveling sideshow fever snatched those three children up and sent them as gifts to royal families, a fate that mimicked Gonsalvus’ own.

The Gonsalvus girls were well educated, well respected members of court, but doomed to be separated from their parents.

One daughter, Antonietta, was famously memorialized in a series of portraits.

After these tragedies, the fairy-tale couple settled in a secluded estate in Italy, where they lived a life that wasn’t written down.
Share this post with your friends: