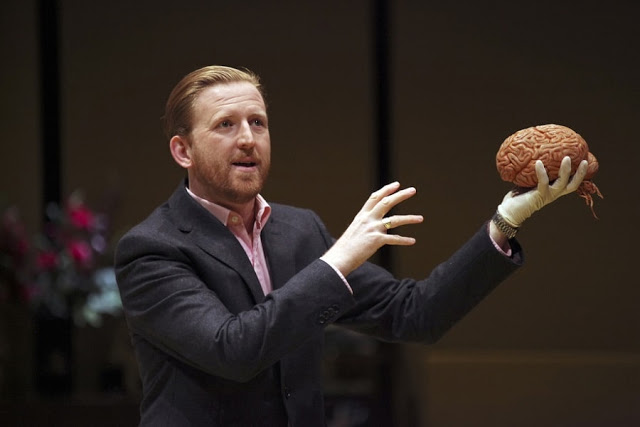 In a recent meeting at the National Institutes of Health, Yale neuroscientist Nenad Sestan revealed that his team has successfully reanimated the brains of dead pigs recovered from a slaughterhouse.

By pumping them with artificial blood using a system called BrainEx, the scientists were able to bring the animals back to “life” for up to 36 hours.

Jokingly dubbed the “brain in a bucket,” BrainEx, involves connecting a brain to a closed loop of tubes and reservoirs that circulate a red perfusion fluid, which is able to carry oxygen to the brain stem, the cerebellar artery, and areas deep in the center of the brain.

Admittedly, there was no evidence that the disembodied pig brains regained consciousness, but Sestan acknowledged that restoring awareness is a possibility.

In what Sestan termed a “mind-boggling” and “unexpected” result, billions of individual cells in the brains were found to be healthy and capable of normal activity.

Crucially, he also disclosed that the technique could work on primate brains (which includes humans), and that the brains could be kept alive indefinitely.

Since last spring, a widening circle of scientists and bioethicists have been buzzing about the Yale research, which involves a breakthrough in restoring micro-circulation—the flow of oxygen to small blood vessels, including those deep in the brain.

“These brains may be damaged, but if the cells are alive, it’s a living organ,” says Steve Hyman, director of psychiatric research at the Broad Institute in Cambridge, Massachusetts, who was among those briefed on the work.

“It’s at the extreme of technical know-how, but not that different from preserving a kidney.”

Hyman says the similarity to techniques for preserving organs like hearts or lungs for transplant could cause some to mistakenly view the technology as a way to avoid death.

“It may come to the point that instead of people saying ‘Freeze my brain,’ they say ‘Hook me up and find me a body,’” says Hyman.

Such hopes are misplaced, at least for now. Transplanting a brain into a new body “is not remotely possible,” according to Hyman.

Sestan acknowledged that surgeons at Yale had already asked him if the brain-preserving technology could have medical uses.

Disembodied human brains, he said, could become guinea pigs for testing exotic cancer cures and speculative Alzheimer’s treatments too dangerous to try on the living.

But according to experts, the experiment, if tried on a human, would quickly raise serious ethical and legal questions.

For instance, if a person’s brain were reanimated outside the body, would that person be able to retain memories, an identity, or legal rights?

How much sense would it make if there are no ears, eyes, or a way to communicate?

Could researchers ethically dissect or dispose of such a brain?

Sestan said he was concerned about how the technology would be received by the public and by his peers.

“People are fascinated. We have to be careful how fascinated,” he said.

“I think a lot of people are going to start going to slaughterhouses to get heads and figure it out.”