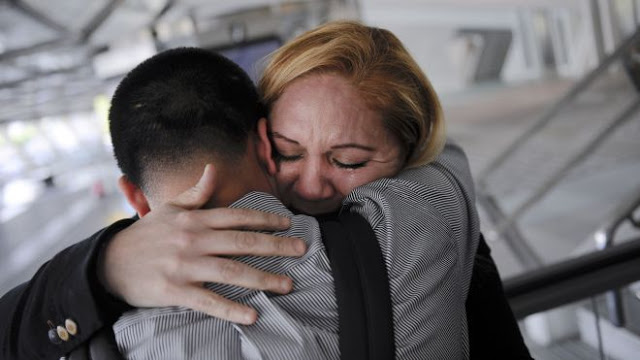 It has always been believed that murderers share a particular connection with their mothers.

This is possibly because of the great impact the mum factor has on the life of a child.

A doctor of criminology at Birmingham City University has pointed out that there are three distinctive types of mothers that might be more likely to raise a murderer.

After examining 10 murder cases in the UK series Murderers and their Mothers, Dr Elizabeth Yardley began to demystify the psyche of killers by looking closely at their maternal relations.

Debunking accusations of sexism by explaining that mothers “matter more” in the making of murderers due to the “inherently gendered nature of society”, she used a blog on the Huffington Post to explain that care-giving and nurturing connotations can be taken for granted when it comes to motherhood.

The criminology professor and podcaster deems the killers’ mothers behaviour as a contributing factor in their actions.

In some cases, mothers created environments where brutality was everyday and expected, Dr Yardley explained.

“They [Mothers] actively abused or neglected their children, creating deviant value systems in which the abnormal became normal.”

In other cases, mothers were too “soft” to speak up when they see their children in the wrong.

Dr Yardley believes that murderers’ maternal figures fall into one of three categories:

These women are typically victims of abuse themselves, hailing from brutal upbringings which prevented them from ever experiencing a happy and healthy home life. Whilst the majority of neglected and abused mothers will go on to raise normal families, in the hope of taking back the control they lacked as children, some will recreate their childhood experiences as adults and become the very aggressors they had once loathed, Yardley explained.

For uber-mothers, the issues begin outside of the home, as they usually come from traditional and stable families. They are fiercely protective of their children, determined that they will not be restricted by labels that might have held them back in the past such as poverty and minority.

“They are the gatekeepers that hold off the outside world,” reveals Yardley, “protecting their child from scrutiny as their behaviour becomes increasingly deviant.”

Passive mothers live in fear of being judged by society. Due to their quiet and subdued nature, when their children show any moral ineptitudes or deficiencies in school and beyond, they will respond through denial i.e. they will brush any issues under the carpet in the hope that their troubles will simply go away.

Murderers and their Mothers will be returning to CBS Reality on Sunday 3rd September.