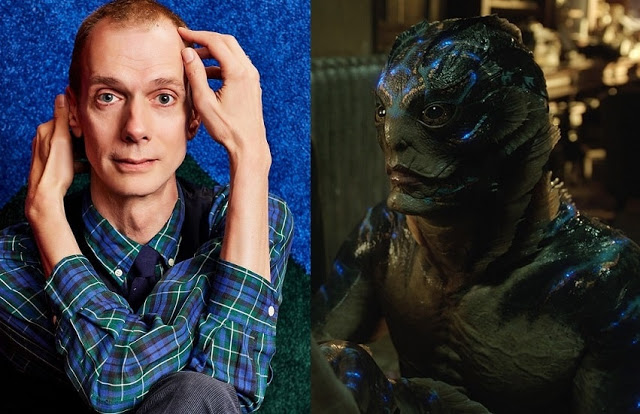 Set in 1962, The Shape of Water follows the unusual love story between Elisa, a mute cleaner who works at a secret government laboratory and a human-like amphibian creature.


The film is the most-nominated film at the 2018 Oscars, receiving a total of 13 nominations and winning 4 (including Best Picture and Best Director), but let’s pay some credit to the man behind the fish guy!

Officially billed as “Amphibian Man” in the movie, the fish guy is played by Doug Jones, a name you’ve probably never heard of until now. 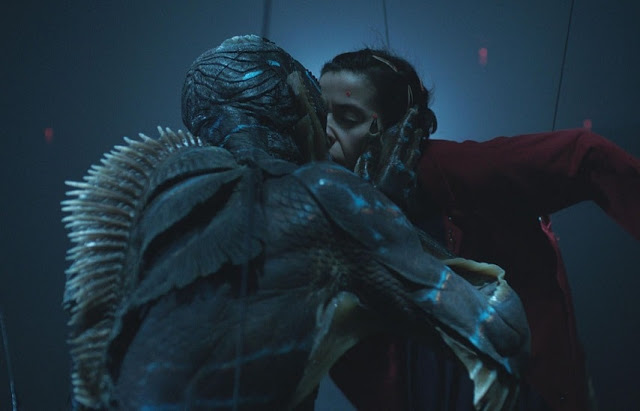 His face, however, is one you should be familiar with if you’ve seen any of the following films:

a. Batman Returns (he played the Thin Clown)


b. Pan’s Labyrinth (he played the Faun and the Pale Man)

Over three decades, Jones has appeared in more than 150 movies and TV shows, often playing characters that require a ton of makeup and latex.


Speaking to NPR, Jones recently said of his unique line of work:

“The further you get from human, the harder it’s going to be. When you’re trying to survive a day, and you hear the word ‘action,’ you have to forget that you’re in pain, forget that you’re sweating into your own eyeballs behind your mask and just click into ‘This is a natural beast that came from whatever fantasy or nature. It’s not a guy in a suit.’”

Of The Shape of Water, he said:

“For me, this movie is about love being possible no matter how flawed and ugly we think we are… When you’re a kid going through those awkward monster years, when you feel like you are the creature in the room that nobody understands and you look different from anyone else and love will not be possible for you, when you feel that way, you also feel like you’re the only one who has ever felt that way.

“But I’m glad. I’m thankful that I had the experience of feeling like a monster because when I play monsters now, I understand them. I can relate to them.”
Share this post with your friends: