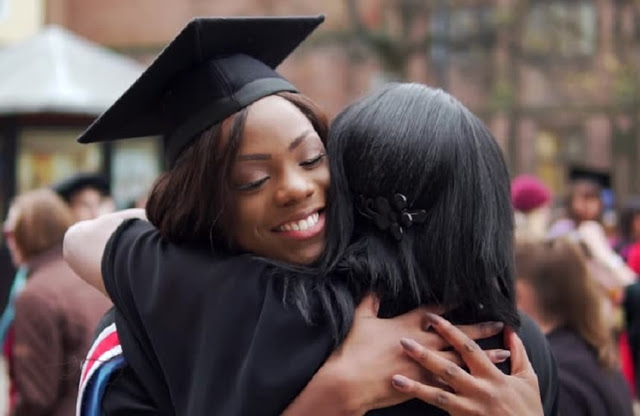 One of my favourite scenes in Love Actually is right at the beginning of the movie.


The setting is an airport arrivals terminal. As travellers arrive through the gates, they are welcomed by family and friends, smiling, laughing, hugging and kissing.


Whenever I have to pick someone up at the international terminal, I try to arrive early, to witness the joy of family and friend reunions.


Another setting in which you’re guaranteed to be uplifted is graduation ceremonies.


I attended one of these at the end of March where hundreds of students received their degrees, with thousands of friends and family watching on.


Each applause and ululation tells a story; stories often coupled with hardship, sacrifice and perseverance, but also with hope, faith and, ultimately, success.


There are few things better than seeing a father or mother, proud and captivated as their child walks across the stage, holding back the tears.


Several of my own economics students graduated too, each with their own stories. Thokozire Gausi graduated with an honour’s degree.


She is from Malawi and part of a network of students who self-finance their studies in South Africa, often with very little institutional support.


Master’s degree graduate Omphile Ramela, who grew up in Soweto, wrote his dissertation while playing professional cricket for the Cape Cobras and now the Highveld Lions, while balancing the demands of a young family.


He grew up in Zimbabwe with 16 siblings, many of whom he had to support with his meagre scholarships course, an undergrad degree at Fort Hare, a postgraduate at Rhodes and, ultimately, a PhD at Stellenbosch.


Imagine what that moment of graduation must have felt like for Abel and the Gwaindepi family.


At the same ceremony, Patrice Motsepe and Jannie Mouton received honorary doctorates, and had the chance to say a few words.


Motsepe noted SA’s amazing people, and our duty to ensure that each has the opportunity to live a life of dignity and prosperity.


We underestimate our own abilities, Motsepe said, to make a success of SA.


Negativity pervades our society, and can be incredibly debilitating. A few minutes on Twitter and you’ll find discussions that turn into slurs and slanders, which will only end in the furthering of ignorance and intolerance.


But – and this I repeat to myself and my students frequently – Twitter is not the real world.


Despite all the negativity that surrounds us, there is one undeniable truth: there has never been a better time to be human than now.


The story we do not tell often enough – one that still surprises each new cohort of students I teach – is that life is getting better.


Yes, we have tremendous challenges in SA, in Africa and globally, but we are making good progress tackling these head-on.


Six of the 10 fastest-growing economies in 2018 will be in Africa. And not only incomes are improving.


Steven Pinker, in his new book, Enlightenment Now, provides a summary of the trends in health, happiness, and living standards, as well as inequality, the environment, safety and democracy.


In each case, the evidence suggests that we live in a much better world than our parents and grandparents.


This good story did not just happen for no reason. It is humankind’s ability to use the resources of nature and transform them into food, clothing and shelter, through an ever-increasing understanding of science, our complex technologies and sophisticated institutions, which have allowed us to build a more prosperous world.


I like the way Pinker explains this: “Poverty needs no explanation. In a world governed by entropy and evolution, it is the default state of humankind.


Matter does not arrange itself into shelter or clothing, and living things do everything they can to avoid becoming our food.


As Adam Smith pointed out, what needs to be explained is wealth. Yet even today, when few people believe that accidents or diseases have perpetrators, discussions of poverty consist mostly of arguments about whom to blame for it.”


That our world is getting better shouldn’t mean that we can get complacent.


As we’ve seen in several countries around the world, in places like Syria, Venezuela and Zimbabwe, when things fall apart, living standards quickly plummet as poverty and chaos take hold.


Unless as we understand that investment in better knowledge about how the world works lies at the heart of our story – therefore investing in innovation, science and technology – such an outcome is unlikely for SA.


The worrying thing about our recent Budget is that the allocation towards this category will grow at less than the inflation rate.


Our politicians seem to not understand that our wealth is not dependent on connections, mineral resources or land.


Instead, it is the result of innovation-led improvements in productivity that explains the huge progress of the past two centuries.


Johan Fourie is associate professor in economics at Stellenbosch University.

This article originally appeared in the 12 April edition of finweek. Buy and download the magazine here or subscribe to the Finweek’s newsletter here.

Wed Apr 11 , 2018
by Staff writer T-Pain and his wife, Amber Najm, have been married for 15 years now, which is something worth celebrating as not many celebrity marriages last that long. So on Instagram, Najm posted a picture of her and hubby sitting on a couch together and wrote the words: “I […] 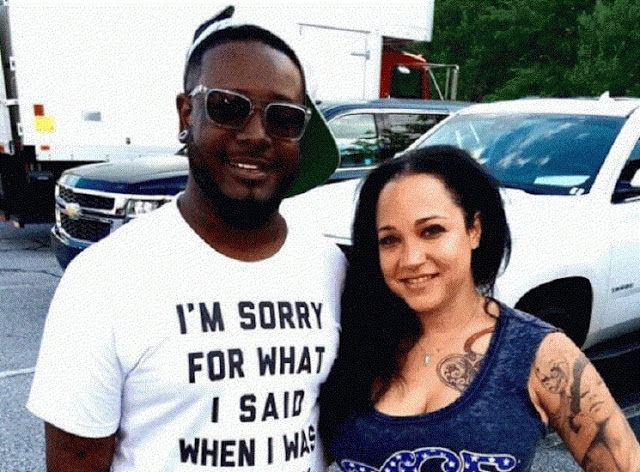