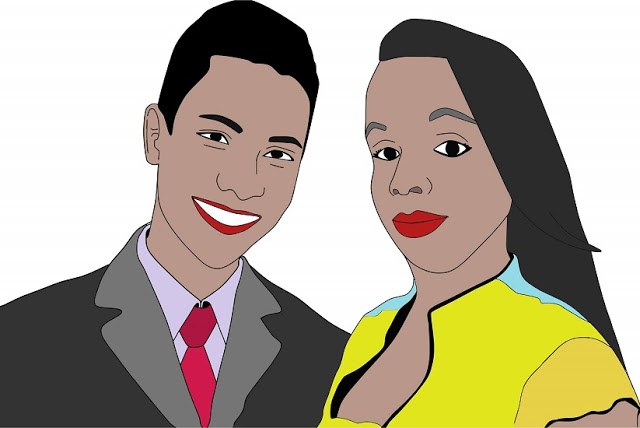 I used to call myself a feminist — used to think that I am one.

Although feminism talks about men in part, because it is, again, a humanist movement, the problem has arisen though, that in modern day, we have such a need to talk about women and protect the subject of women’s issues that we have left men adrift, including men who stand for these same women’s issues.

Upon examination of men and masculinity, I’ve come to realize that men, too, are held to a standard that is often not talked about or just outright ignored by everyone else.

Examining society today, I have come to realize that we have fighting ideas of masculinity, and that most men are caught in-between.

Yet most men will follow the stiff default we are pushed into, instead of going the free route to be what we truly want to be.

This falls in line with the same humanist ideas that feminists fight for.

The society holds men as default providers, protectors, breadwinners and sacrifice makers, with no consideration whatsoever if the man involved is interested in being any of these things.

We have men today who just want to be stay-at-home dads, but due to the high pressure of masculinity, such fathers are shamed into becoming what they never wanted to be.

Here are top 7 reasons why more men and women should embrace masculism today:

Chivalry has got to go. No longer should men be expected to be the providers and protectors of society. There needs to be no shame in showing your weaknesses now, your fear and emotions other than anger.

No one should be expected to “man up” again and internalize their problems until they go mad.


No man is expected to take up life-endangering jobs/careers just to feed his wife and family.

We don’t want to be conscripted and sent over to die to protect the womenfolk, or be expected to do all the backbreaking labor on our own.


Just because we have penises doesn’t mean we should be forced to abide by additional societal expectations, especially when those lead to an early grave.

2. The poor public perception of the male gender:

Tired of being the first to be searched if there is any act of robbery? Tired of your innocent smile being misinterpreted as perversion?

Sick of every man on TV being a sex-obsessed womanizer? An ugly, irredeemable villain no one wants to see alive?

In her 1977 novel, The Women’s Room, author Marilyn French wrote a line of dialog in which a female rape victim says, “All men are rapists, and that’s all they are.”

Today, that idea has become so strong in people’s heads that men in the company of small children are, by nature, abusers.

3. The anti-male double standards of society:

The man in the class is expected to know the toughest calculus math. And if he does not and a girl surprisingly does better, he is shamed to filth.

Why the need to celebrate one female mechanic, or engineer, palm wine tapper, combat soldier or Keke driver, when men have been occupying these positions since time immemorial? I mean, are we not supposed to be equal again?

This attitude must change.

There seems to be the notion that when men break a gender barrier, such as playing field hockey, they’re being aggressive, bent on winning.

At the same time, if a girl wants to play football, she’s a groundbreaking fighter for women’s rights. An adult man has a relationship with a younger teenage girl? He’s a disgusting pedophile.

A teenage guy with an adult woman? She’s lauded and called a cougar—it’s considered hot. While women seldom go unpunished in cases of abuse, their sentencing is often nowhere near as severe as men’s.

Why should we have a Ministry of Women Affairs why no equivalent institution exists for men?

Men have the right to the same assistance too. Domestic violence programs and policies that name women as the only group that are abused—and therefore the only group deserving of assistance—should be expanded to cover men as well.

Nobody wants to admit it but it happens, all too commonly now. Men are publicly shamed and often face ire even after proven innocent.

Court trials for accusations last too long, and there is a minimal sentence (if any) when a false accusation is discovered.

A major goal of men’s rights is to expand anonymity for men accused of rape, and for false accusations to be treated like the serious crime it is.

There is no male pill, and there is no way to avoid fatherhood at will.

If a woman gets pregnant and doesn’t want to have the child but the man does, the man loses.

At the same time, if she wants to have the child and the man doesn’t, the man loses.

The goal is not to let men walk away in the middle of parenting, but to have the choice if they want to be involved in raising the child in the first place. When a man chooses not to be involved from the start, he’s considered a deadbeat, yet when a woman chooses to give a child up for adoption or not be involved, it is completely acceptable.

There are countless options for women, and none for men.

A father should have the right to see his child after a divorce and to have his child in his custody more often.

Accusations without support are exactly that—accusations—and a father should not be separated from his children on that basis alone.

Child support payments are often extreme and unmanageable, making it a struggle for men to even meet the necessary payments while keeping a roof over their heads.

In some countries, rates do not change—even if there is a pay cut, unemployment, or a career change involved.

The issue of bride price should also be abolished and any amount spent on a wedding or in running a family should be split.