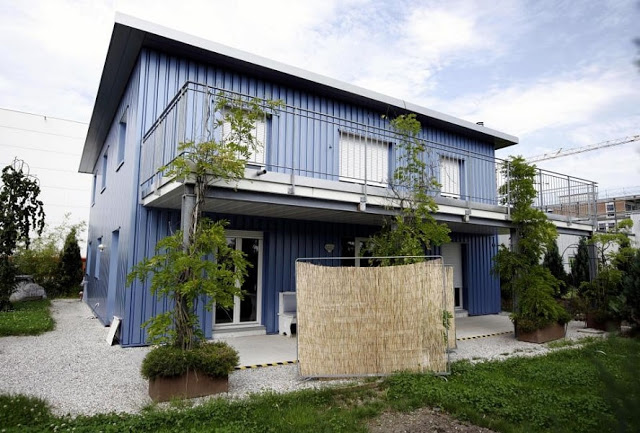 Both euthanasia and assisted suicide are illegal in the UK and other parts of the world, with euthanasia carrying a maximum penalty of life in jail.

But under certain circumstances euthanasia and assisted suicide are legal in countries like Switzerland.

A non-profit society in Switzerland called Dignitas provides assisted or accompanied suicide to its members, provided their wishes are signed off by independent doctors.

The Swiss society helps members with severe physical or mental illnesses, as well as the terminally ill, to end their own lives.

Founded in 1998, over 2,100 people have died with Dignitas’ help, in assisted suicides at home or at the society’s house near Zürich, the largest city in Switzerland.

Members who want an assisted death have to prove that they are of sound judgement, and have to be able to bring about their deaths themselves.

They must submit a formal request, including a letter explaining why they want to die, and have their wishes approved by doctors who aren’t part of the organisation.

Dignitas also does advisory work on end-of-life care, healthcare and suicide prevention, as well as lobbying governments on right-to-die laws.

In Switzerland, active euthanasia is still illegal, although it is not a crime to prescribe lethal drugs, provided the recipient takes an active role in taking them.

Essentially, Swiss law only allows for providing the means to commit suicide, so long as the reasons for doing so aren’t selfish.

This means that Dignitas’ operations are legal, although there is still a fierce debate around assisted dying and so-called “suicide tourism” in the country.

British patients wishing to die have travelled to Switzerland to pay for an assisted death at one of Dignitas’ rented apartments.

British maestro Sir Edward Downes, who conducted the BBC Philharmonic and the Royal Opera but struggled in recent years (but was not terminally ill) as his hearing and sight failed, died with his wife, who had terminal cancer, at the assisted suicide clinic in Switzerland in July 2009. He was 85 and she was 74.

Just this month, a renowned scientist flew to Switzerland to end his life.

Botanist and ecologist Dr David Goodall who is over 100 years says he “regrets living to 104”.

On his 104th birthday in early April, Goodall said his birthday wish was to die and claimed he greatly regretted having lived to such an age.

“It’s not sad particularly, what is sad is if one is prevented.

“If one chooses to kill oneself, then that should be fair enough. I don’t think anyone else should interfere.”