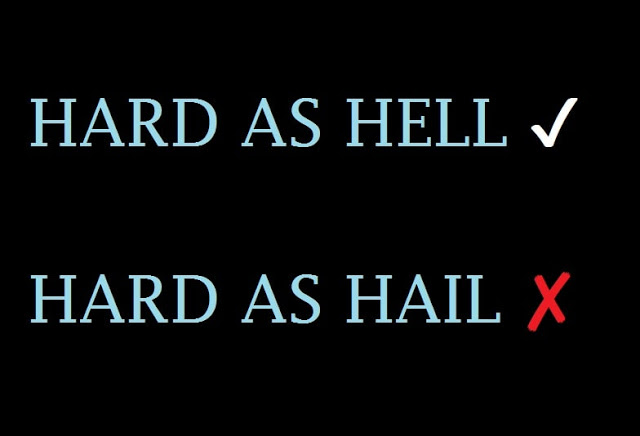 There are reports currently making the rounds on the Internet that the phrase “hard as hell” is wrong, and that the correct thing to say is “hard as HAIL”.

Well, that is really not true.

“As hell” is actually an informal spoken phrase used to emphasize a description of an unpleasant characteristic:

As in the sentence:

She is mean as hell.

Same way you can also say dumb as hell, lame as hell, evil as hell, stupid as hell, etc.


Saying “hard as hail” is just like saying “hard as a bottle”, which is a personal reference and, although not technically incorrect, sounds lame as there are more common usages like “hard as a rock”, “hard as iron”, “hard as marble”, etc.

One Comment on “Yes, it’s actually ‘Hard as Hell’”