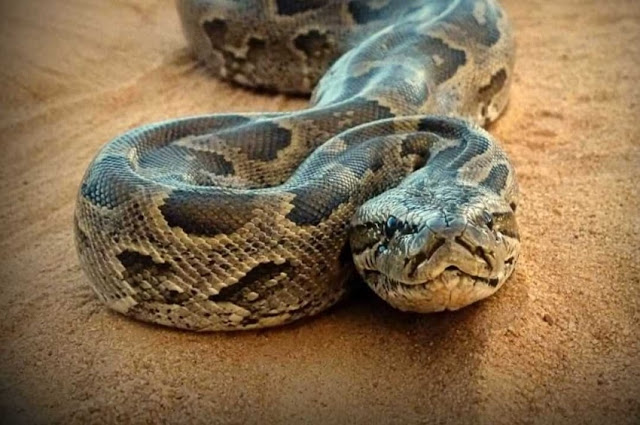 According to Cybriz, who shared the story and photos, the python had killed their pregnant goat and was in the midst of swallowing it before it was caught and killed. 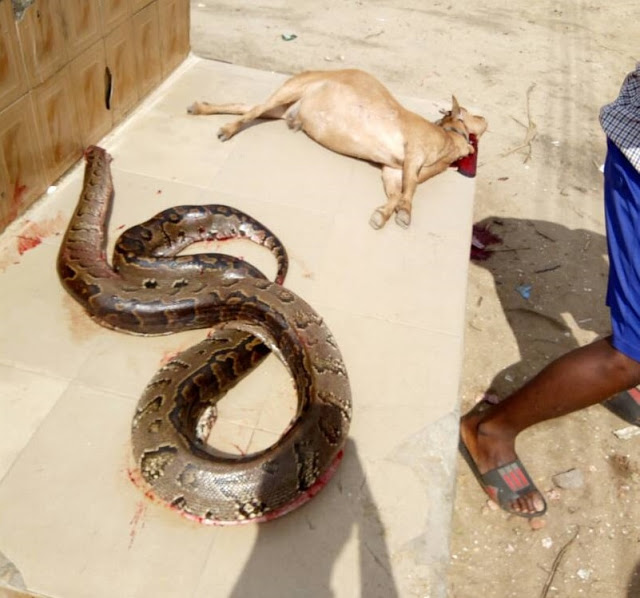 Native to South, Central and Western Africa, the African rock python is Africa’s largest snake and one of the six largest snake species in the world (along with the green anaconda, reticulated python, Burmese python, Indian python, and amethystine python). 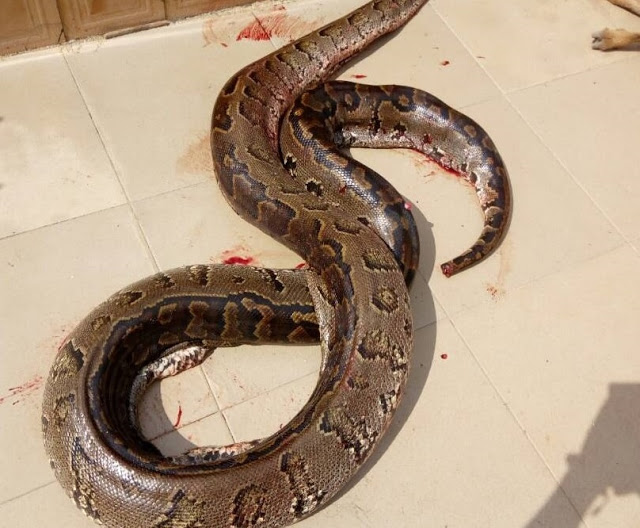 The African rock python kills its prey by constriction and often eats animals up to the size of antelope, occasionally even crocodiles. The snake reproduces by egg-laying. Unlike most snakes, the female protects her nest and sometimes even her hatchlings. 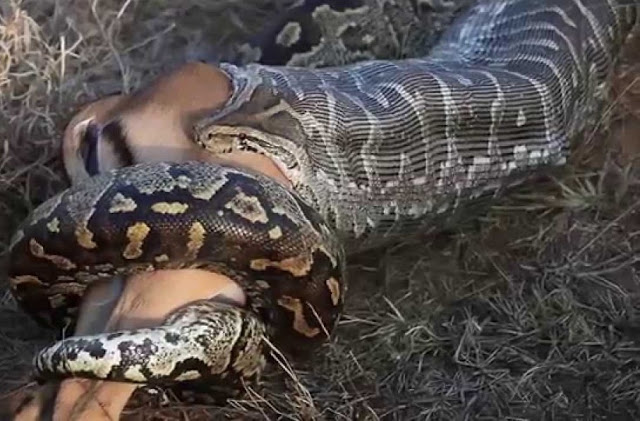 The snake is vicious and widely feared – though human attacks are not so common but they do happen.

In 2002 near Durban, South Africa, a 10-year-old boy was reportedly swallowed by an African rock python over a three-hour period, as seven other children stayed hidden in a mango tree.

In 2013, an African rock python kept as a pet strangled two children to death in New Brunswick, Canada.

In 2017, an 8-foot-long female rock python, kept as a pet in Hampshire, England, killed its owner by asphyxiation, according to a coroner’s inquest.

Because of its ill temper, snake experts have warned against the keeping of rock pythons as pets.

There are 26 species of pythons, and even among that group, rock pythons have an especially nasty reputation, said Kenneth Krysko, senior herpetologist at the Florida Museum of Natural History in Gainesville.

They’re so ill-tempered that “they come out of the egg striking,” Krysko said in a 2009 interview.

“I personally don’t see why people need to have these things as pets—they’re not good pets,” Krysko said.