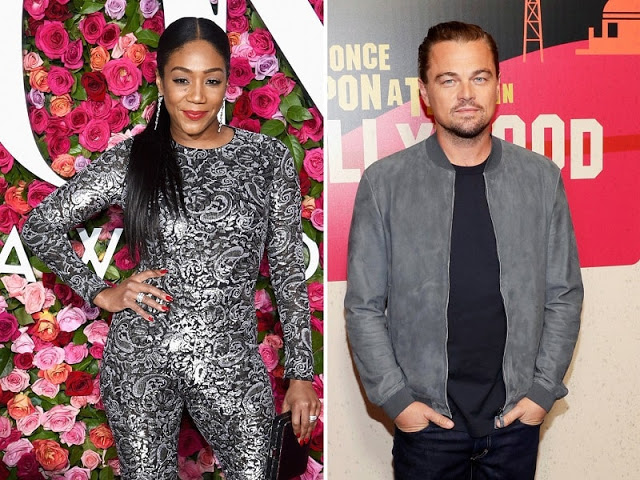 Tiffany Haddish told The Hollywood Reporter all about the time she straight-up asked DiCaprio to sleep with her when she met him at a party a few months ago.

DiCaprio, on the other hand, played it aloof and said, “Tiffany, you’re so funny.”

According to Haddish, this is how it went down:

As The Hollywood Reporter pointed out, the “coochie squad” Haddish was referring to is the notorious “pussy posse” DiCaprio and actors Tobey Maguire and Kevin Connolly were part of.


“I told him, ‘My only stipulation: I wanna do it with you as your character in What’s Eating Gilbert Grape.’ He starts bustin’ up laughin’, ‘Why?’ he asks, and I say, ‘Cause I feel like that performance deserves a real reward and that reward is this [gestures at her own body].’

He starts goin’ into how he got into the role, how he worked with these kids and all this stuff, and I’m just listenin’ and listenin’, like, ‘Mmm-hmm, mmm-hmm.’ I finally go, ‘All that’s good, I just need to know, When’s this gonna happen?'”

DiCaprio walked away at this point.

Haddish didn’t say whether or not DiCaprio ever fully agreed to sleeping with her, but it seems like there’s hope!

Talk about revelations, Haddish has also disclosed that it was really actress Sanaa Lathan that bit Beyonce in the face!