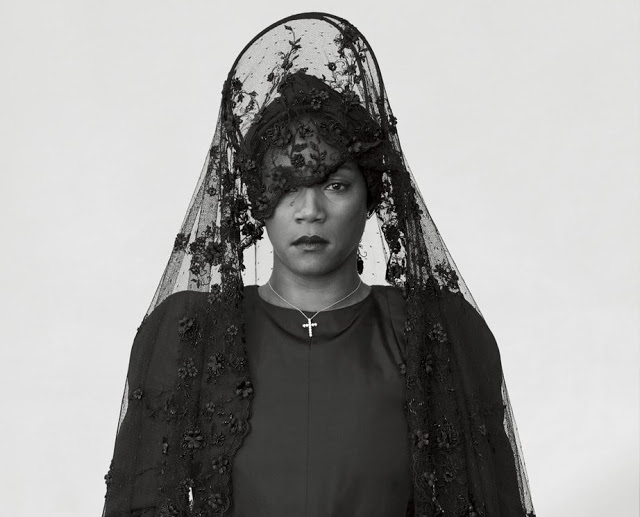 Tiffany Haddish just revealed she was raped at 17 years old by a police cadet.

Haddish talked about the sad experience with Glamour magazine for their August cover story.

This is not the first time Haddish has talked about the assault.

The “Girls Trip” star first revealed she had been raped in her 2017 memoir The Last Black Unicorn.She gave additional details during an interview that year on the podcast “The Champs.”

The rapist, she said, was a man who offered to give her a ride home after her high school homecoming dance. Instead, he drove her to his place.

“So we get there and we get to his place and I see, like, handcuffs and a police uniform and I’m like, ‘What’s that? Is that like a Halloween costume or something? And he’s like, ‘No, I’m a cadet, I’m training to be in the police force,’” Haddish said on “The Champs.”

She continued: “Next thing I know, I’ve got one arm up in the handcuff, and he’s got me pinned down.”

Haddish said she tried to defend herself, but was unsuccessful with only one arm.

“He raped me, he was stronger than me. It was the worst feeling in the world,” she said.

“That whole experience put me in such a messed-up place for a long time, and I ended up going to counseling,” Haddish told Glamour.

Haddish said she reported the rape to authorities at the time, but still struggles with what real justice would look like.

“Me just yelling out people’s names with no thought behind it is pointless. I need a plan,” she said.

“I could be a voice, but what’s a voice going to do ― just keep talking? Or is there action behind it?”

The actress told Glamour the experience shaped how she interacts with the world.

“I notice that men are afraid of women that are aggressive. So to protect myself I become semi-aggressive,” she said.

“You hear about, ‘Tiffany always hitting on somebody,’ but that’s to keep them from hitting on me.”
Share this post with your friends: