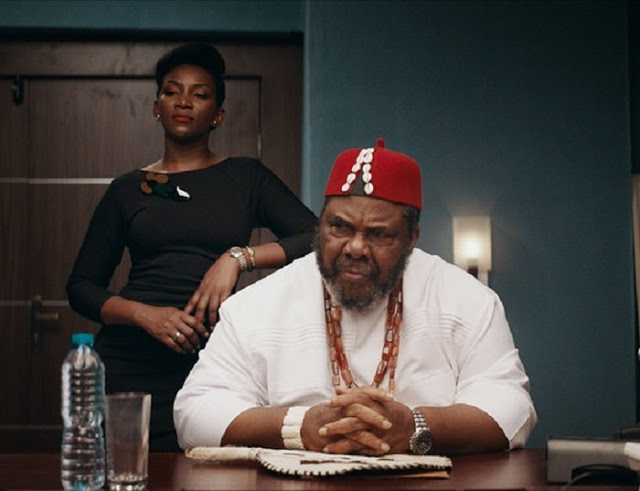 Here are top 10 great movies that came out this year:

This movie brought the much-needed deviation from the traditional big-screen superheroes who are always white we’ve been inundated with.

“Against all the odds, this is a very worthy follow-up to the original movie. [Emily] Blunt is pitch-perfect, as ever, in a film that all but insists you leave with a smile slapped on your face” — Olly Richards


This is another delightful sequel that brought great cheer and charm to not just kids, but adults also.

This movie has been described by many reviewers as “the movie that will make you fall in love with romantic comedies again!”

Avengers: Infinity War earned all its hype with its blistering action, relentless humour, and mesmerizing performances from the cast.

“The film relies on the emotiveness of its cast, its inventive creature feature, some beautifully shot cinema, and a taut script to produce a fantastic horror film experience” — Shantanu David


Genevieve Nnaji’s ‘Lionheart‘ works so well as both a comedy and drama without even trying.

The humour flows naturally and it showcases the Nigerian culture and values in the most beautiful ways. The cast is great, the picture is beautiful and the setting is perfect.

“Contrivances and clichés abound, but Bird Box still manages to be a compelling, high-concept idea thanks to Bier’s faultless direction and impressive cast” — Linda Marric

“Hereditary is a terrifically unsettling look at the howling despair of grief, combined with that good, old-fashioned fear of what demons we may have inherited from our parents” — Richard Lawson

1. If Beale Street Could Talk

“This beautifully acted, lovingly adapted drama about love, family, and (in)justice in America deserves a wide audience” — Sandie Angulo Chen
Share this post with your friends: