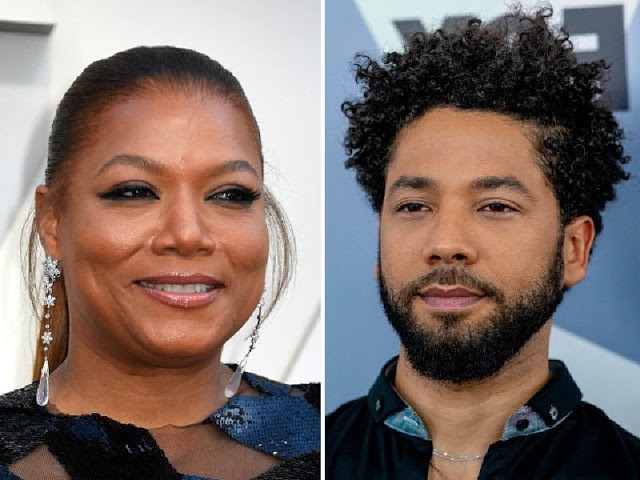 American rap goddess Queen Latifah has said she is standing with embattled “Empire” actor Jussie Smollett — until he is finally proven guilty.

Smollett has been charged with filing a false police report, and was last week slammed by Chicago cops for taking advantage “of the pain and anger of racism to promote his career.”

“And that’s just the guy I know. So until I can see some definitive proof — which I haven’t seen yet — then, you know, I gotta go with him until I see otherwise.”

Speaking to Yahoo! News, Queen Latifah — who once appeared on “Empire” in a crossover episode with her Fox show “STAR” — admitted: “I don’t even know what to make of it.

“All I know is that I hope everything works out in the end and everybody basically comes out unscathed.”

Before the case erupted, Smollett last summer told Billboard that he was struggling with the pressures of fame, admitting: “I’m in my 30s and I’m trying my best to learn that I can’t bend anymore. I’m about to break.”

Another star who shares Queen Latifah’s sentiments is Tyler Perry.


Perry said he is not ready to give up on Smollett just yet as the disgraced star is “adamant” he is completely innocent.
Share this post with your friends: