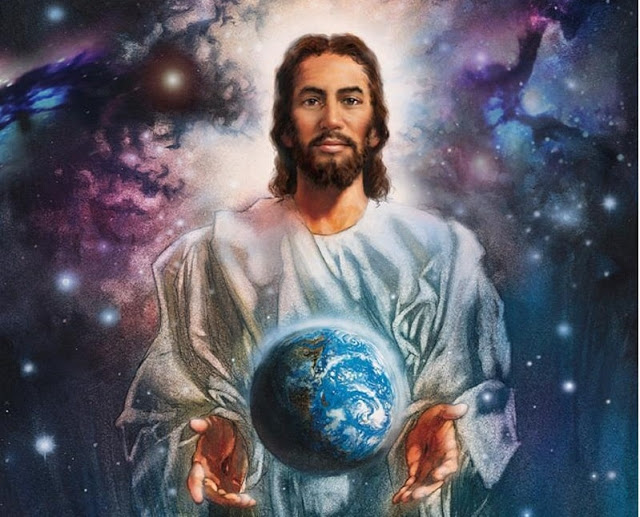 There is an account on Twitter that goes by the name “God” known for posting satirical pieces about religion.

“God” is back on Twitter after being suspended for an LGBT he made during Pride month.

The tweet said: “If gay people are a mistake, they’re a mistake I’ve made hundreds of millions of times, which proves I’m incompetent and shouldn’t be relied of for anything.” 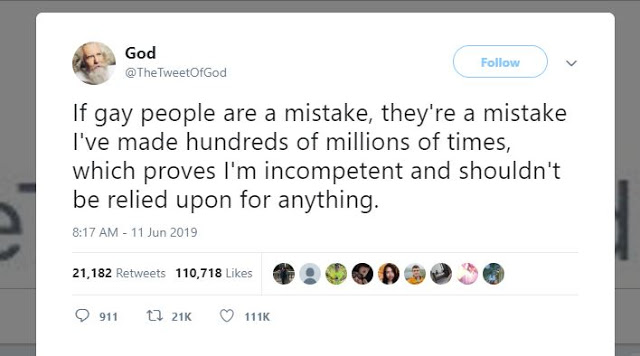 Twitter later sent an apology and said that the support team had “made an error.”

“God” posted the apology from Twitter, and added his response has gone viral. 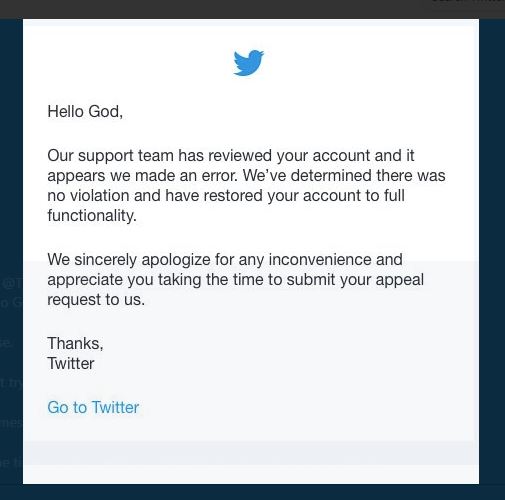 
“By the time I’m done with you, MySpace will laugh at your relevance,” said ‘God’

It read: “Don’t try to make all kissy-kissy with Me now, Twitter. It’s too late. You messed with the wrong Near Eastern Bronze Age sky-father-king projection. By the time I’m done with you, MYSPACE will laugh at your relevance.”

The account, which uses the handle @TheTweetOfGod, has gained popularity and almost six million followers for its posts making fun of organised religion.