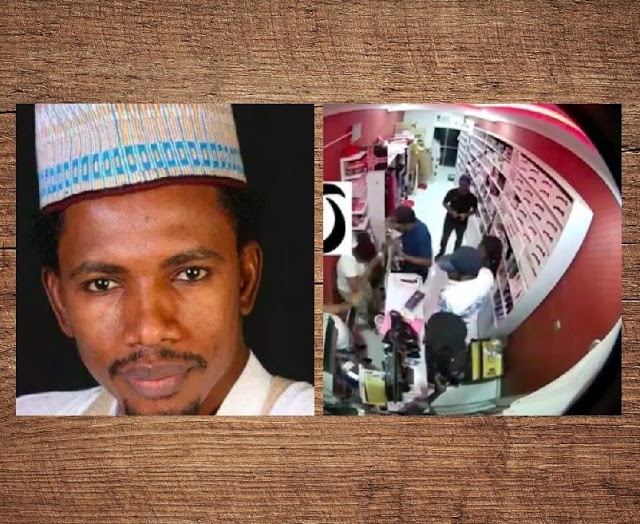 A video showing a Nigerian senator, Elisha Abbo, beating up a lady in a sex toy shop has surfaced online.

The video has sparked outrage online, with almost all Nigerians calling for the arrest of the lawmaker.

The 41-year-old senator told a Punch correspondent the event occurred in March.

“I am aware that the thing happened around March this year but I will get in touch with you when we finish discussion. I am in a meeting now,” Abbo said.

Also speaking to Channels TV about the incident, Abbo said the owner of the shop only released a part of the video taking away the part showing where his younger sister was assaulted in the said shop.

The Senator said that his team will release a ‘robust’ statement on all that transpired in the viral video to the public.

“We will soon release an official statement to the very old video that happened before I became a Senator; where my younger sister was beaten to a pulp in the shop and I was called upon there, I had to call an ambulance and the Police to get to the scene and it got out of hand,” Abbo said.

“It is an old video but we will soon release a statement to that effect,” the senator added.

“They took her out to resuscitate her, the one standing with a cap there is a doctor; the doctor had to come to give her life,” the Adamawa PDP Senator added.

Abbo said his media team would be releasing a statement on Wednesday, July 3, afternoon to address the controversy.

“All in the video happened long before I became a senator but that doesn’t mean that, not something that I am happy about, they cut out so many things,” he said.
Share this post with your friends: