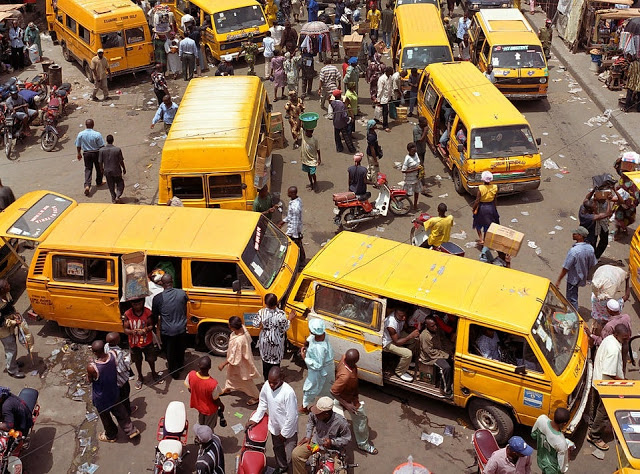 You live in Lagos — great!

I understand there are some people (like me) who cannot function outside a big city like Lagos — that is, only Lagos can offer them the kind of energy and vibe that matches their life’s pace.

But as we all know, living in a big city is anything but rosy.

Lagos may be the self-acclaimed “Centre of Excellence” but life here is nothing near excellent.

Here are 8 common issues Lagosians face all the time:

Whether you are using public transport or driving your own car, there is really no escaping Lagos traffic. Worse in the mornings and evenings, Lagos traffic can be so mean on some days that it’d hold you for hours. The cars are many and the roads are few and most of them bad, so bad traffic has turned a signature feature of Eko City.

This is a widespread Nigerian problem but it is often worse off in Lagos. Because there are many people seeking the same thing, the government officials in charge of these services always devise a way to exploit the numbers. All of them, from the policemen to the LASTMA and even Customs, are implicated in this.

They call them ‘Area Boys’ and in some places, their activities can be so bad that people are forced to leave the area and move to other places. Fadeyi is notorious for the horde of area boys operating there.

Like in every other big city, fraud and scam are prevalent in Lagos. There are frequent reports of people going to the market to buy something and returning home with something entirely different from what they paid for. All major markets in Lagos are guilty of this, especially the Ikeja Computer Village and Tejuosho. This is probably what led to the popular Lagos slogan: “Shine Your Eyes!”

There is hardly an area in Lagos with 24-hour power supply. One of the most priceless property to own as someone living in Lagos is a functional generator, unless you are living in one of the high-class estates.

Lagos alone accounts for over 10 percent of Nigeria’s entire population. That’s a really large figure, considering that Nigeria is one of the most populous countries in the world. And the Lagos population is ever increasing, with more people coming in and more babies being born — especially by low-income families.


Most areas in Lagos are now so overpopulated that they are becoming almost inhabitable. There are now so many slums in Lagos with very abysmal living conditions.

Accommodation can be a huge problem in Lagos and I am not just talking about the high cost but also the availability of good houses and street planning. Some houses in Lagos are built where houses were never meant to be built, sometimes even in flood-prone areas.


The way some streets in Lagos are planned will have thinking WTF. Yet people keep moving there, because there aren’t many options.

Lagos is a very noisy city, probably the noisiest in the world. The mosques break the mornings with their shrill prayer calls and the churches take over in the evenings with loud chanter of hallelujahs.


In the afternoon, it is buses and trucks and late at night, fuel-powered generators trying to supply light.


Lagos is a mess!

Do you live in Lagos?