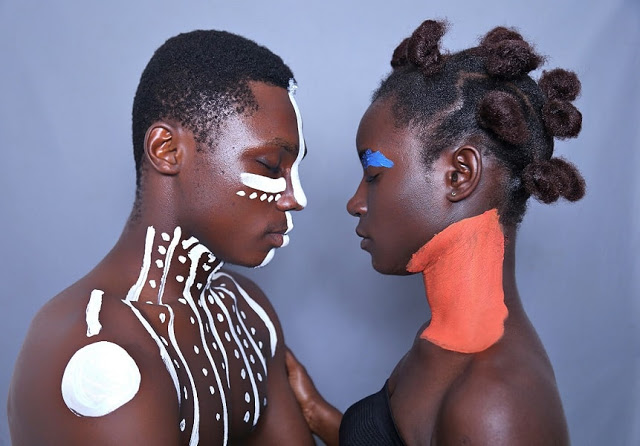 Following the renewed xenophobic attacks against foreigners in South Africa, over 600 Nigerians have signed up for free evacuation back to Nigeria from South Africa.

The message of the reinforced protests was simple and clear: Foreigners Go Home!

Since the history of South Africa’s xenophobic attacks, more than 200 lives have been lost.

In 1983, Nigeria expelled two million undocumented West African migrants, half of whom were from Ghana.


The incidence led to the publicization of the red and white chequered bag (now called ‘Ghana-Must-Go’) that Ghanaians used to pack their belongings while leaving.

Now, as hundreds of Nigeria citizens living in South Africa gather at the airport to embark on their trip back home, some have been led to draw comparisons of the situation to what happened between Nigeria and Ghana nearly 40 years ago.

But are the two events any similar?

1. First, the expulsion that happened in Nigeria was for illegal and undocumented immigrants.

In South Africa, legal and fully documented foreigners were attacked, with their shops and properties destroyed.

2. The massive deportation of 1983 was not xenophobic.

The Nigerian government did not ask Ghanaians and other immigrants to leave because of hate. The then president of Nigeria, Alhaji Shehu Shagari, said in his speech, “Illegal immigrants, under normal circumstances, should not be given any notice whatsoever”, but they were given one and enough time to leave.

3. Nobody was killed and no property was destroyed.

True that the evacuation caused a lot of pain, there was hardly any violence attached to it. In fact, most Nigerian locals were seen helping the Ghanaians move their things peacefully.

While the international community condemned Nigeria’s decision to expel foreigners, history also drew reference to what Ghana did in 1969.

Back in 1969, the then-Ghanaian prime minister, Kofi Busia, invoked the Aliens Compliance Order and deported an estimated 2.5 million undocumented African migrants, the majority of whom were Nigerians.

In fact, Nigerians suffered a worse fate back then because situations were different.

Unlike Ghanaians, the Nigerians expelled from Ghana in 1969 were mostly rich traders.

“Unlike the artisans and teachers expelled in Nigeria, they were rich. They were traders in kola nut who made big money and built houses. They left their houses or sold them cheaply,” said Green Ndume, a Nigerian media entrepreneur who has lived in Ghana for a decade.

Today, Nigeria and Ghana have obviously looked past their sad histories and are diplomatically closer than ever. Citizens of both countries do not need a visa to
visit each other.

There is only one war going on between Nigeria and Ghana now and it is a playful one: The Jollof Rice War — the battle of whose country’s Jollof rice is better.

What the South Africans did can never compare!