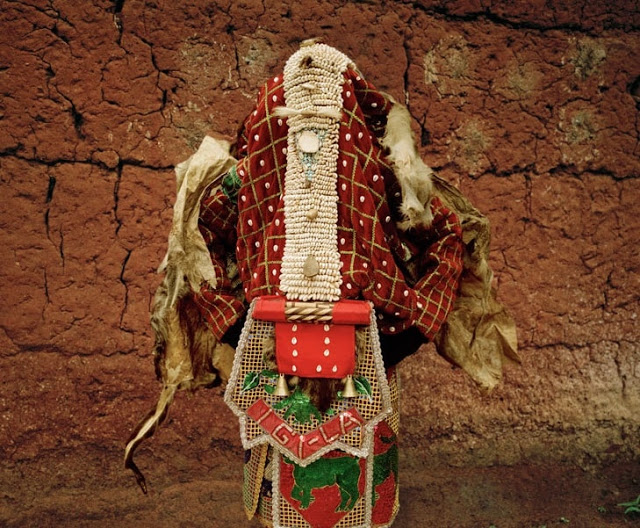 Juju refers to the belief in African magic. It is the belief in magical powers brought on by supernatural elements like gods, charms, and deities.

Juju belief is very strong in West Africa. Almost all Nigerians believe juju is real — in fact, it appears to be the common ground for all religions in Nigeria.

Both the Christians, Muslims and the traditional worshippers all believe juju is real. Even some who identify as non-religious also believe juju exists.

This post is not to prove or disapprove the authenticity of juju; it is merely to explain why the belief in juju is very strong in some parts of Africa.

The culture of Africa is one that values superstition while shunning reason and logic, and asking “too many” questions. It is very hard to disregard what you were brought up to believe and most times people go out of their way and cook up more stories to prove they are right in what they believe in.

Most of the things people call juju in Africa are nothing different from the bunch of parlor tricks that happen at magic shows in developed countries.


With the right amount of illusory effect and theatrical performance, magic is born.

Fear becomes harder to ignore when shared by a group of people. And this is what juju does. If you are told a powerful juju exists in a certain place, every smell, sound or sight that you encounter in that place will be juju to you.


In most cases this can be so serious it completely erodes logical thinking. Think about the story of private-part thieves in markets in Nigeria.

Surprisingly, Africans show high regard for second-hand information and rumors. This is perhaps due to our inherent distrust of ourselves.


We hear something and automatically accept it as true without any investigation or questions. The person who told you must obviously be warning you about something dangerous so our basic instinct will be to quickly accept and not ask any questions.


This is how juju stories are spread.

Africans believe in the existence of witches.

In some African cultures, witch covens are believed to assemble at night to feast on the blood they extract from their victims.

Africans believe these witches have magic powers that they can convey on anyone who seeks their help.

The much we know, the belief in witches by Africans is no different from the belief in vampires in the Western world (they also suck their victim’s blood).

Strange things that can’t be easily explained happen all the time everywhere in the world.


But in Africa, unlike in other places, the poor analytical attitudes of people usually lead to everyone believing it must be some African juju at work.

“In the 90s, a senior chief and a distant relation had a problem with the former Oba of Benin. One night, the head priest from the Oba palace started doing juju in front of the chief’s palace in plain view of everyone.

The next day, the Chief was dead. Juju, right? Actually no. The dead man was also our family friend and patient. He was diabetic and hypertensive. Did not comply with treatment and preferred herbs. He died of a stroke. Sure the priest killed him. However not with juju, but merely scared him to death!”

You may want to read Daniel Nkado’s African Juju HERE.

Views and opinions expressed in posts are theirs and not the official stance of DNB Stories.
Share this post with your friends:

One Comment on “5 reasons Africans believe JUJU is real”